Umno’s top leadership wants GE15 to be held this year to restore the people’s mandate. 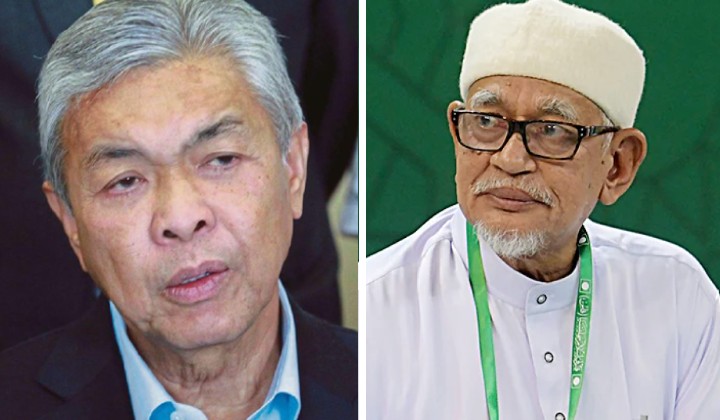 And as the 15th General Election (GE15) draws nearer, the top leadership of Umno are of the view that cooperation with PAS should be held for the benefit of the ummah.

The matter was revealed by Umno Supreme Council member Datuk Zahidi Zainul Abidin to reporters immediately after a meeting on Friday night (30 September).

Negotiations (Umno-PAS) will be made by the party president and the committee we have formed. We will see the results of the discussions with the party in question (PAS).

Umno Supreme Council member Datuk Zahidi Zainul Abidin on when Umno will come to the negotiating table with PAS.

Meanwhile, the Supreme Council has called for parliament to be dissolved as soon as possible to make way for GE15 within the year.

However, it was coy on whether it had already made a decision regarding the date of the next general election.

This meeting is a monthly meeting, and we have an in-depth discussion on election issues, besides measuring the party’s preparations and strength. We admit that (dissolving Parliament) is the Prime Minister’s discretion and UMNO respects that.

Mohamed Khaled added that UMNO remains as before and wants GE15 to be held immediately.

He also stressed that UMNO is ready for GE15 anytime.

Bersatu Or Umno For PAS?

Meanwhile, PAS said it should not be forced to choose either UMNO or Parti Pribumi Bersatu Malaysia (Bersatu) in political cooperation to face GE15.

I don’t think it’s possible to give an ultimatum to PAS, but we have to look at the future.

He said PAS would reconcile Bersatu and UMNO in preparation for GE15.

Tuan Ibrahim, who is also the Minister of Environment and Water, said both parties still have time to discuss to reach a political consensus.

He said both sides must sit together (discuss) because Bersatu members are also from UMNO (before).