The female suspect had been arrested for stealing goods worth almost RM1,000 while her partner remains on the loose. 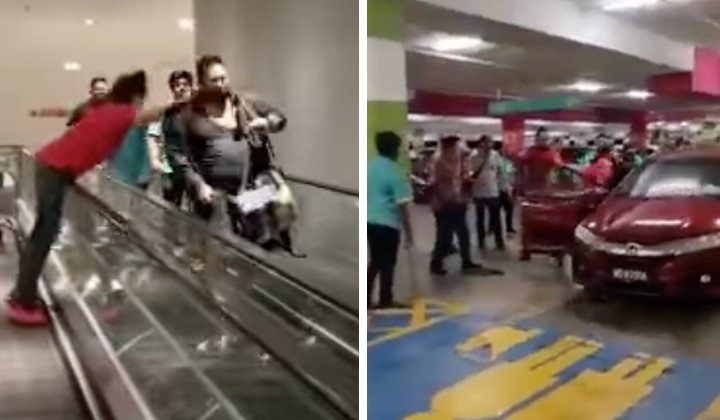 What is the most stolen item from supermarkets?

In a bizarre incident, a couple was foiled in their attempt to steal chocolates from a hypermarket.

Police arrested a woman believed to have tried to make off with chocolates and other items worth nearly RM1,000 in an attempted robbery.

The incident happened at a supermarket in Tebrau, Johor recently and had been widely shared on social media.

The complainant informed that he became aware of the incident at 7.15 pm, where a 31-year-old woman and her partner, a 33-year-old man, tried to steal the supermarket’s goods.

South Johor Bahru OCPD Assistant Commissioner Raub Selamat said the couple is believed to have tried to leave without paying for the items they took.

The stolen goods were worth RM952.19 in total, among the items taken were various types of chocolates, vehicle hooks and mobile phone holders.

While trying to evade arrest by the public, the male suspect escaped by leaving the female suspect behind using a Honda City vehicle with registration number WD9391A.

Raub added that the male suspect who drove the vehicle in a hurry also hit a motorcycle and another car parked in the supermarket’s parking lot.

Further examination found that the local female suspect tested positive for methamphetamine and had three previous offences involving drug cases, she was remanded for four days.

South Johor Bahru OCPD Assistant Commissioner Raub Selamat said the couple is believed to have tried to leave without paying for the items they took.

Meanwhile, the police are hunting for the male suspect, Muhammad Firdaus Shamsudin.

Raub also informed that the investigation regarding the incident is being carried out per Section 380 and Section 427 of the Penal Code.

Members of the public who have any information regarding the suspect are urged to contact the investigating officer, Sergeant Nuraziera Miersha Jamaludin, at 017-3498690.