The refuelling companies at Malaysian airports are not selling due to US sanctions. 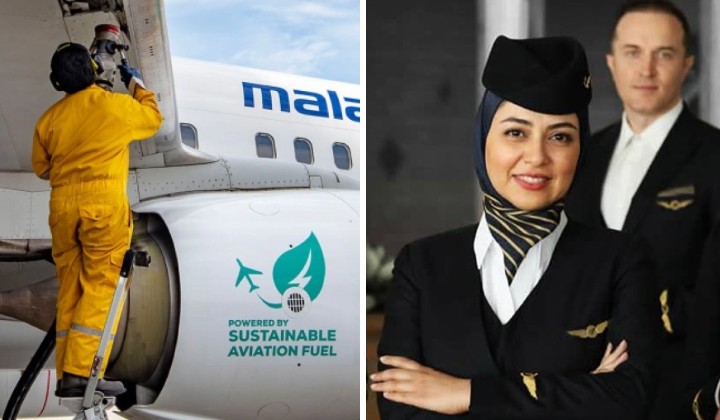 Due to U.S. sanctions, Iranian airlines will no longer be able to refuel in Malaysia.

As a result, they will no longer fly direct from the Iranian capital Tehran to Malaysian airports.

According to Iran International, the refuelling companies at Malaysian airports buy their fuel from U.S. companies.

As such, they would be penalised if they refuel planes from the Islamic Republic.

Flights by all Iranian airlines to Malaysia will completely stop as of Saturday, August 23, due to impact of sanctions on refueling Iranian planes.https://t.co/dFR4epm1Ec

Iranian airline Mahan Air was sanctioned in 2008 by the U.S. due to its connection to the Quds Force of Iran’s Revolutionary Guard, which specializes in unconventional warfare and military intelligence operations.

Despite the 2008 sanction, Iranian airlines continued to fly in several countries, including Malaysia.

BBC’s twitter account has now 14 tweets on the alleged role of the Iranian Mahan Air in spreading Corona virus in Iraq, Lebanon, UAE,Turkey, Malaysia and Thailand. Is it pure coincidence that last week Pompeo was urging an end to overflight rights for Mahan flying to Venezuela? pic.twitter.com/VSJ3sYufnO

The end of the route would undoubtedly be sad news for travellers and a major loss for Iranian aviation as Malaysia is a significant base in Southeast Asia.

The Kuala Lumpur-Tehran flight was quite popular, with two to three flights per week before the Covid-19 pandemic in 2020.

Hi I would like to ask is it true that you asked Malaysia to stop the Mahan air flights to KL? How supposedly people should travel! 🤐😪

Some said Malaysia Airlines and AirAsia should take over the eight-hour route from Mahan Air to circumvent the sanction.

Now that the only #Mahan flight from #Iran to #Malaysia has been completely canceled due to the embargo on #airplane fuel, it is better for Malaysia Airlines to establish this direct flight so that no one will be on the flight for 24 to 52 hours due to an 8-hour flight. #airasia

In 2018, the U.S. sanctioned the airline’s ticketing agency in Malaysia, Mahan Travel and Tourism Sdn Bhd, for being involved with the Iranian Regime.

All assets and interests related to this Malaysia-based company inside U.S. jurisdiction were confiscated.

It’s not the first time that Malaysia has been caught in the crossfire.

In 2010, Petronas had to stop supplying petrol to Iran due to the threat of U.S. sanctions on oil firms

In 2019, a tanker carrying Iranian fuel oil had to lie offshore in Malaysia due to oil trading restrictions on Iran.

It has been alleged that Malaysia helps circumvent the sanctions by helping sell Iranian oil through its port to East Asian countries.

Since May 2019, when Trump reimposed sanctions on Iran’s oil sector, the value of China’s declared oil imports from Malaysia has consistently outpaced the *total value of Malaysia’s oil production*.

Every month, China is buying around $500m worth of extra “Malaysian” oil. pic.twitter.com/Hdz2crRl0F

US has been unsuccessful in its sanctions ag Iran & Within past 5 months, we have been able to improve our economic conditions despite US maximum pressure.