Moneychangers in Singapore said they were frequently making losses on ringgit. 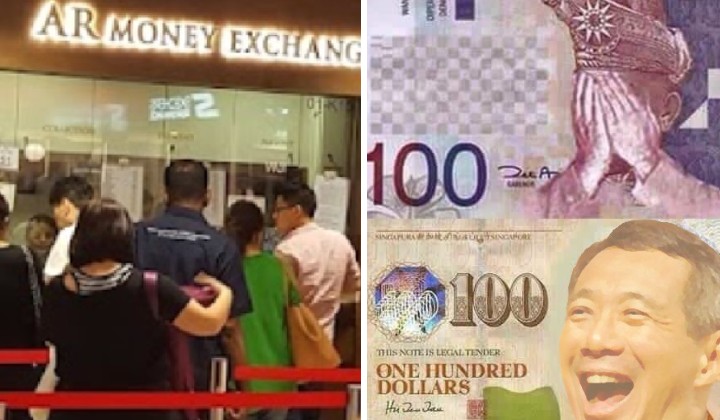 As the Singapore dollar reached a record high of RM3.23, people are lining up to buy the ringgit from moneychangers in the republic.

Some of the money changers put up signs showing the selling rate at 0, which is to say that they do not have any ringgit to sell.

Profit Margin Is Too Low

It was reported that they refused to stock up on the ringgit due to its volatility which caused money changers to suffer losses.

Straitstimes reported that some money changers refused to stock ringgit because the currency is falling almost daily.

Those who stocked the ringgit are doing so in much lower amounts.

The money changers said the profit margin is so low that it is not even worth the labour cost.

They added that money changers have to sell ringgit in millions to turn a profit, which is a challenge for small-time money changers.

However, they still buy ringgit from customers if they wish to convert it to Singapore dollars.