Sultan Selangor says that decisions must take into consideration the diversity and beliefs of the state’s residents. 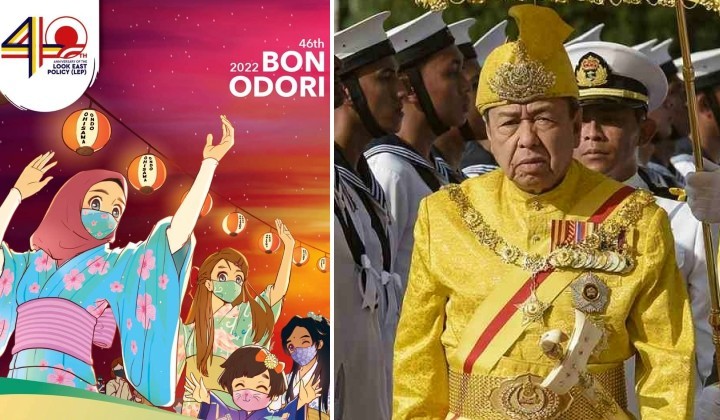 Sultan of Selangor Sultan Sharafuddin Idris Shah has decreed that Bon Odori will proceed as planned in July, according to Malay Mail.

This comes after Religious Affairs Minister Datuk Idris Ahmad said Muslims should not participate in the Japanese festival, citing JAKIM as having found religious elements in the event.

During this meeting, the Sultan reminded them that all decisions must take into consideration the diversity and beliefs of the state’s residents.

Additionally, the Sultan himself had attended the event a few years ago and found no elements that could erode Muslim beliefs.

It is just a social event involving Japanese businesses and their employees in Selangor.

The Sultan then encouraged JAIS and MBSA officers themselves to attend the event themselves.

His Highness is of the view that many cultures have links with religion, but not necessarily is religion part of a culture. His Highness also stressed that the act of worship is different from the act of observation.

This spells great news for the many Muslims who were looking forward to attending Bon Odori again, but sadly cancelled their plans after the Religious Affairs Minister’s discouragement.