The suspect kept swimming until the police came. 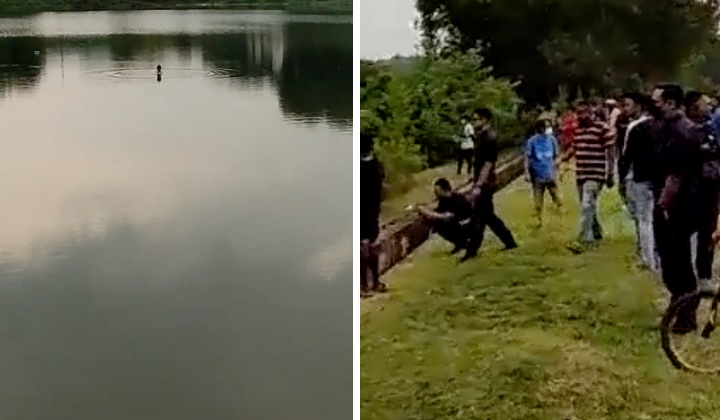 The neighbourhood of Taman Keladi in Kuala Muda, Kedah, was shocked when a foreigner robbed a house.

However, what happened after the surrounding residents were alerted of the crime was even more shocking.

The incident was recorded and uploaded to social media by TikTok user Haikal Hussin.

In the video, a huge crowd can be seen surrounding the mining pool in the video.

They were looking at the foreigner, who was in the middle of the pool.

Despite being called ashore, the foreigner remained steadfast until the police came.

According to Haikal, the suspect was worried that the people would beat him up.

Fearing the worst, he continued to swim in the middle of the pool until police came.

The incident caught the attention of netizens.

They were amazed at how the foreigner could stay afloat for so long.

Some said he was lucky that there was no crocodile in the waters, while others said he should be forced to keep swimming.