The haul is the largest reported since 2001 when officers seized 34.8kg of heroin. 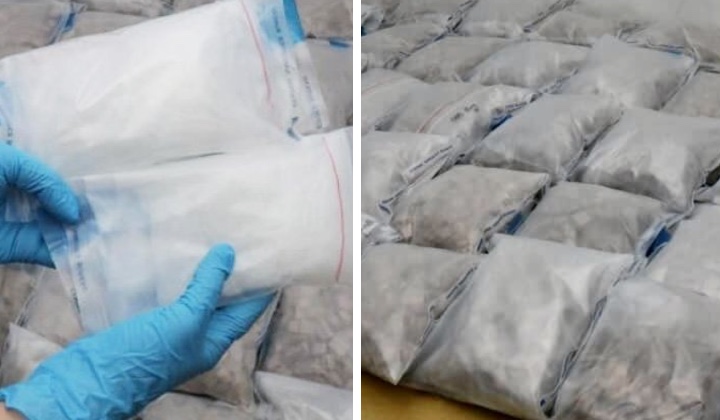 Singapore’s anti-narcotics agency seized a car that arrived in the republic from Malaysia carrying almost 18 kilograms of heroin.

The seizure was reported by local media in the neighbouring country as Singapore’s biggest arrest in two decades.

According to the Central Narcotics Bureau, the agency had arrested three Malaysian men aged between 23 and 28 following the inspection of the vehicle at Woddlands Checkpoint last Wednesday.

On 18 May, ICA seized close to 18kg of heroin at Woodlands Checkpoint.
This prompted subsequent enforcement operations by CNB, with three suspected drug offenders arrested.

The car driver was arrested at the scene, while two other men were arrested the next day.

The drugs seized are estimated to be worth about SGD1.3 million (RM4.4 million) and is sufficient to feed the addiction of about 8,430 heroin abusers and 150 ice abusers for a week.

What Happens If You Get Caught With Drugs In Singapore?

Singapore is among the countries with the heaviest penalties in the world for drug trafficking, including the death penalty.

The possession, consumption, manufacturing, import, export, or trafficking of these and other controlled drugs in any amount are illegal.

Under Singapore’s drug laws – which are among the toughest in the world – those caught carrying more than 15g of heroin or 250gm of methamphetamine are subject to the death penalty.

Persons caught with less than the Mandatory Death Penalty amounts of these controlled substances face penalties ranging from caning (up to 24 strokes) to life in prison.

Nagaenthran Dharmalingam, a Malaysian with learning disabilities who was convicted of drug trafficking in 2010 and whose case attracted global attention, was recently executed in Singapore’s Changi prison.

Lee Chong Wei Lands In Singapore As A Wax Figure!