The family said the funeral will be held in Ipoh. 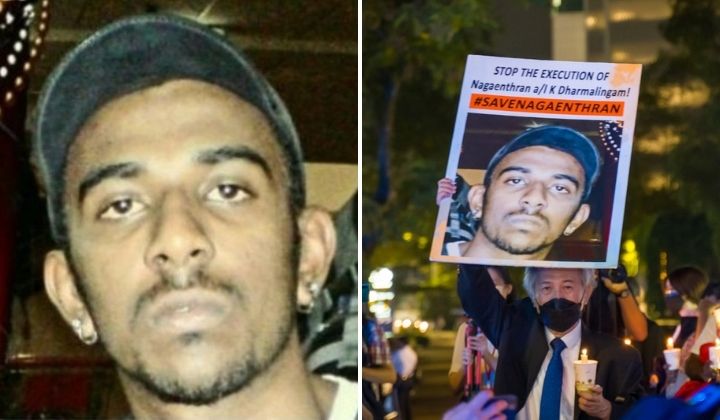 According to The Star, Nagaenthran’s brother, Navin Kumar, 22, said his brother has been executed today, 27 April, and the funeral would be held in Ipoh.

The last-ditch effort to get Nagaenthran Dharmalingam out of death row by his mother yesterday, 26 April, had failed.

Panchalai Supermaniam filed the legal challenge with help of friends and activists and was not represented by a lawyer. The Star reported that she was accompanied by her niece Thenmoli Sunniah.

The basis of the challenge is that judge Sundaresh Menon, who presided and dismissed Nagaenthran’s appeals, was also the attorney general who had prosecuted Nagaenthran and secured his conviction.

After the case was dismissed, the court granted Nagaenthran to hold hands with seven of his family members present in the courtroom. He was reportedly calm while talking to his mother and family.

The Malay Mail reported that a vigil was held yesterday night outside the Singapore Embassy in Kuala Lumpur as a show of support for Nagaenthran.

The crowd sang Negaraku before being asked to slowly disperse around 9.02pm.

Nagaenthran was sentenced to death in 2010 for trafficking 42.72g of heroin into Singapore. Despite several appeals, Nagaenthran remained on death row due to Singapore’s tough narcotics laws.

In December 2021, Singapore President Halimah Yacob said Nagaenthran had been accorded full due process under the law.