The incident has now gone viral on social media and netizens criticised the man’s bizarre hobby. 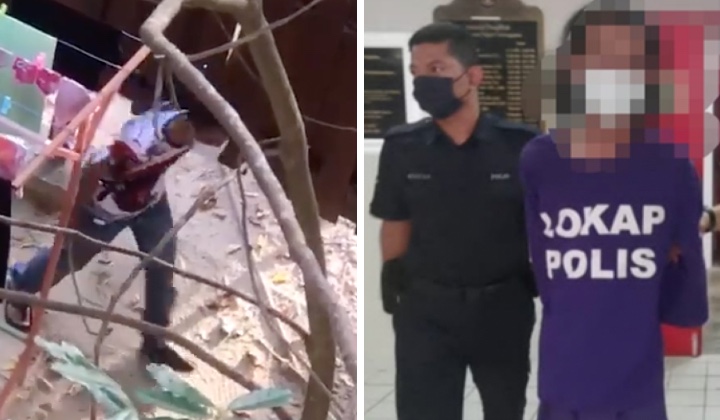 Police has arrested a disabled man (OKU) with hearing problems after he was suspected of stealing the underwear of female students.

Sinar Harian reported that the 37-year-old suspect was arrested in the female student’s residential block at about 7pm.

The students then alerted the troubling matter to the police.

Abdul Rahim said the initial investigation found that the suspect did not have any previous crime record.

At the same time, the urine test conducted by the police against the suspect produced a negative result.

For his mischief, the suspect may be punished with imprisonment for a term which may extend to seven years or with fine or with both.

A short video clip, which showed a man loitering suspiciously in the cloth drying area of a women’s dormitory of a higher learning institution, had gone viral.

Netizens criticised the suspect for his underwear obsession.

Some argued that the face of the lingerie thief should be exposed to warn other women.

They added that such people should be punish severely because there is a possibility because they might get involved in bigger crimes.

On the other hand, there are those who feel that he should be given a second chance and not put to shame publicly.

[Watch] Thieves Try To Steal Cows In A MPV, Breeders Set Fire To It To Rescue Them Back