If he fails to pay the fine, will be sentenced to five months in jail. 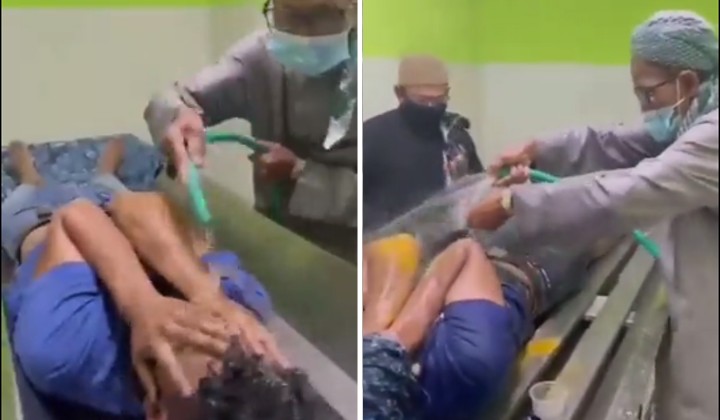 The teenager who went viral for being sprayed with water according to Muslim burial processions has been sentenced to 10 days jail time and slapped with a fine of RM4,000 by Selayang Magistrate Court for trying to steal the mosque’s alms box recently.

Daniel Iskandar was sentenced after pleading guilty and the court ordered the accused to be jailed from the date of arrest on 9 January and an additional five-month jail sentence, if he fails to pay the fine.

The unemployed 19-year-old was accused of trying to steal an alms box belonging to a mosque on 8 January by dragging the container and hiding it in the mosque’s mortuary.

Based on reports Kosmo, the offense was committed at Masjid Al Islahiah Kilometer (km) 28 Kuang, Rawang at 11:58 pm.

Before sentencing, Magistrate Nik Mohd Fadli Nik Faizal reprimanded the accused that stealing was an offense.

Do you know what you did wrong? People donated the money to pay for the construction of the mosque, but you tried to steal and put it in the mortuary. Hope this thing becomes a lesson for you.

Recently, a video surfaced online showing a bunch of men, including an imam, performing a burial cleansing ritual on a teenager for trying to steal money from the mosque which caught the attention of netizens online.