All the SOP violations occurred between 18 March 2020 and August 25. 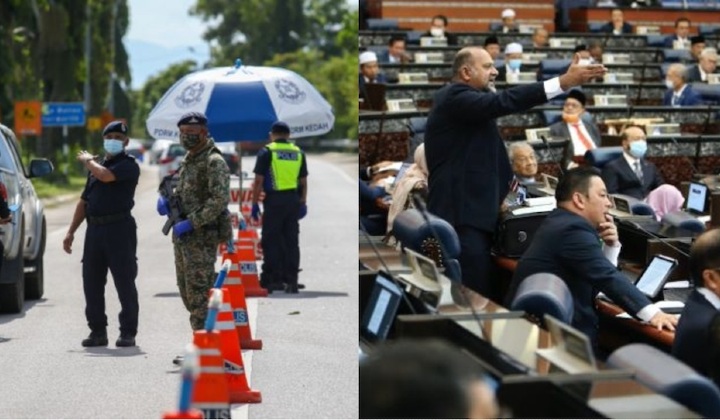 Home Minister Datuk Seri Hamzah Zainudin in the Dewan Rakyat today revealed that a total of 56 politicians have been detained for violating the SOP of the Movement Control Order (PKP).

According to a report by FMT, out of that number, 22 have already been fined while 25 more cases are still under investigation.

He gave the answer in writing to answer a question from Independent Member of Parliament (Muar) Syed Saddiq Syed Abdul Rahman.

Syed Saddiq has raised questions regarding the number of politicians detected violating SOPs during the PKP.

Eight cases were placed under no further action (NFA) and one politician has already been charged in court.

Hamzah also mentioned that all the cases of violation of the SOP occurred between 18 March, 2020 to 25 August of this year.

Previous issues relating to dignitaries being treated in a ‘double standard’ has started to spread among Malaysians and the Prime Minister Datuk Seri Ismail Sabri Yaakob wants to change that.

During his time as Senior Minister of Defense, Ismail Sabri had issued a statement that there would be no more preferential treatment to VIPs after this.

This is to avoid any misunderstanding within society and also to prove that anyone is not immune from legal action if they commit an offense.