PDRM had not received any notification from Singapore’s aviation authorities about the incident. 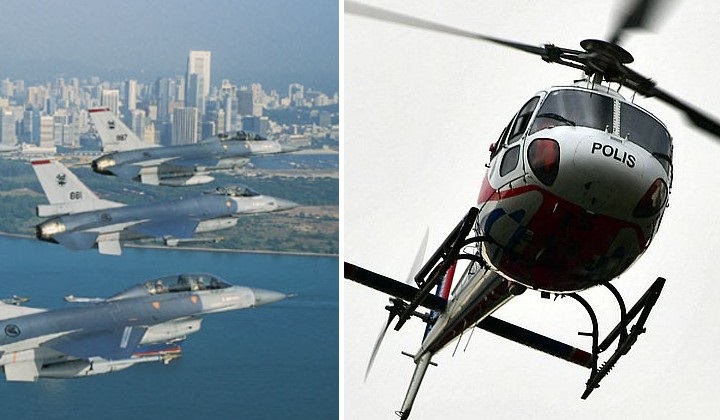 The last thing you want to see on September 11th is an unknown aircraft flying over airspace it’s not supposed to.

As was the case with our neighbours Singapore when one of our Royal Malaysian Police (PDRM) helicopters was spotted over Pulau Tekong Saturday morning, an island exclusively used as a training base for the Republic of Singapore Air Force (RSAF).

F-16 fighter jets from RSAF were then scrambled in response to a potential air threat.

Bukit Aman Internal Security and Public Order Director Datuk Hazani Ghazali confirmed that one of PDRM’s helicopters conducted a flight in airspace near Singapore for an official assignment.

At the time of the statement, PDRM had not received any notification from Singapore’s aviation authorities about any incident of a helicopter flight entering their airspace.

Events leading to the misunderstanding

RSAF’s fighter jets were then observed circling over Paya Lebar airspace in Singapore and flew west at 02:07 UTC (10:07 am).

A spokesman for Singapore’s Ministry of Defence said: “After ensuring that our security was not compromised, we stood down our aircraft.”

On average, RSAF fighter aircraft are deployed to investigate and deal with 350 potential air threats each year.