The case was amended from investigation for aggravated assault, to murder. 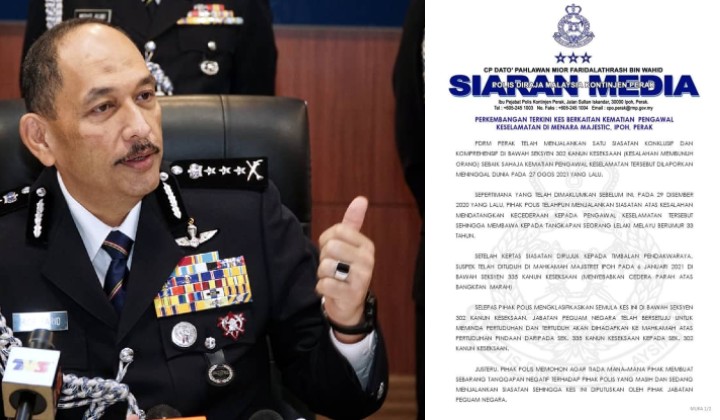 In a statement issued by the Royal Malaysian Police (PDRM) regarding the case of assault on a security guard, Perak Chief of Police Datuk Pahlawan Mior Faridalathrash Wahid said the suspect is now being charged with murder.

“As mentioned previously on 29 December 2020, we conducted an investigation on the offence of inflicting injury to the security guard, which led to the arrest of a 33-year old Malay man,” he said.

According to Mior, the suspect was accused in the Magistrate Court of Ipoh on 6 January 2021 under Section 335 of the penal code for aggravated assault.

After the police reclassified the case under Section 302 of the penal code (murder), with the agreement of the Attorney General’s Chambers, the suspect will be trialed in court according to the amendment.