Backlogs have been affecting the numbers, especially in Klang Valley. 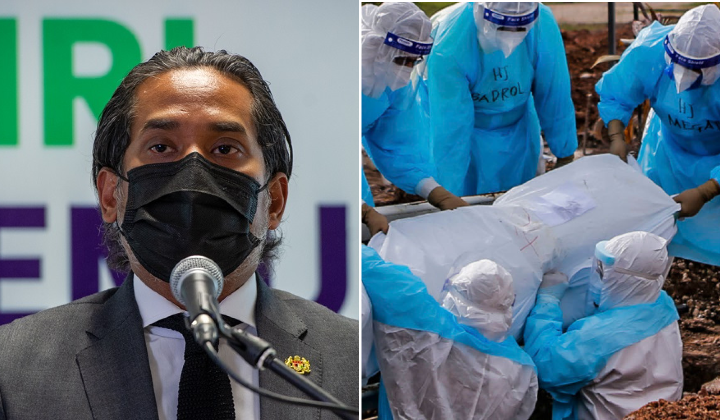 The number of deaths reported daily isn’t a direct reflection of the number of fresh deaths that occurred within the past 24 hours, according to Health Minister Khairy Jamaluddin.

Malay Mail quoted the Minister who explained that it usually takes several days for the authorities to confirm the cause of death, especially in areas like Klang Valley.

The daily death reports are not necessarily from the last 24 hours. There is a long backlog because we have to confirm the cause of death is from Covid-19 and not something else.

The reason for the backlog, he said, was due to the brought in dead (BID) to hospitals, in which cases authorities need to verify their causes of death before they can confirm them as due to Covid.

Hopefully we will see a reduction in two to three weeks once we clear the backlog on deaths registered. I will make further announcements and explanations on this matter when I get the new data set on Wednesday,” he said.

He mentioned to the media that many BID cases were patients who were quarantined at home and were not taken to the hospital in time as their health rapidly deteriorated.

Khairy also said that many were also told to self-isolate at home and monitor themselves, and were instructed to seek medical help when they they start to become more ill.

Without the right supervision, it is too late for them by the time they get sent to the hospital. I will ask the Sabah government to alert local leaders and also, neighbours should be informed to prevent this from happening