The Government set the ceiling price at RM19.90 yesterday, with wholesale prices set at RM16. 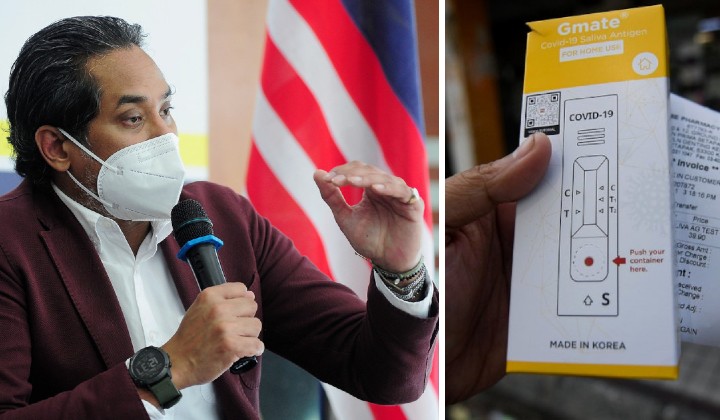 According to Sinar Harian , this gave way to disagreement from the Malaysian Pharmacists Society (MPS), who felt they would lose out after the lowering of the price ceiling.

Minister of Health Khairy Jamaluddin, along with KPDNHEP however chose to ‘side’ with the consumers in decreasing their financial burden due to the high price of self-test kits.

I understand there are parties who are unsatisfied, however we side with the consumers and the decision has been made.

The statement was made in a press conference today, where he responded to the concerns of MPS, who requested for the price change of the kits be postponed to a later date, allowing them to sell their remaining stock which was bought at a higher price.

“If you get a month to clear your stock, the rakyat will be the ones effected. They will have to continue paying RM40,” said Khairy.

In relation to the announcement made yesterday, Khairy also mentioned that they will look to further decrease the price of self-test kits in the future.