The 2 Malaysians were apparently arrested after a gunfight with the Taliban. 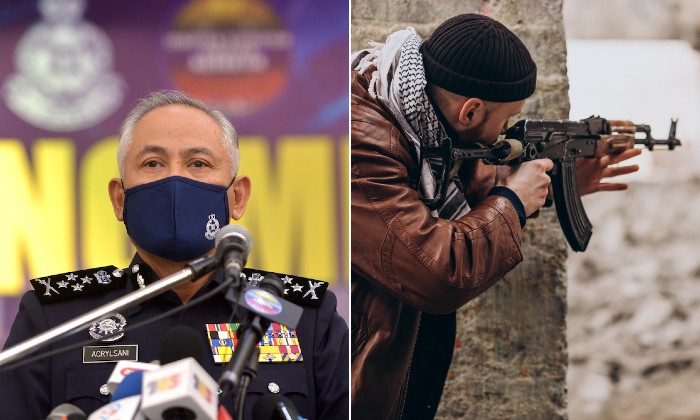 PDRM is investigating claims that two Malaysians were arrested by the Taliban in Afghanistan for their alleged involvement with Daesh, also known as Islamic State (IS), an internationally recognised terrorist organisation.

In a published statement, the Police Inspector-General (IGP) Datuk Seri Acryl Sani Abdullah Sani explained that PDRM had no information on the involvement of Malaysian citizens with Daesh in Afghanistan specifically, but was seeking the help of international security agencies to get more information.

They were also trying to see if those captured were Malaysian Daesh militants who were already abroad.

It was reported that two Malaysians and four Afghan Daesh members were detained by Taliban authorities after a gunfight in Kabul on Thursday (26 August) night.

Although Malaysia remains committed to our fight against terrorism, our country has had a pretty dicey relationship when it comes to extremists.

Besides being listed as a potential location where a terrorist attack is likely to happen by countries like the United Kingdom (UK), Malaysian was also identified as a destination country for terrorist groups like Daesh, Abu Sayyaf Group, Al Qaeda and Jemaah Islamiyah to visit or transit, so to speak, before flying off to other parts of the world.

In 2019, it was also reported that at least 102 Malaysians, including women and children had left the country to join foreign militant groups in Syria and Iraq.

As far as we know, more than 40 were killed in fighting and suicide bombing missions, and around 11 have returned to Malaysia under the condition that they were to be monitored and undergo rehabilitation.

Read More: How This Malaysian Man Played A Role In 9/11 US Terror Attacks