It looks like Ismail Sabri vs Anwar Ibrahim or Shafie Apdal. 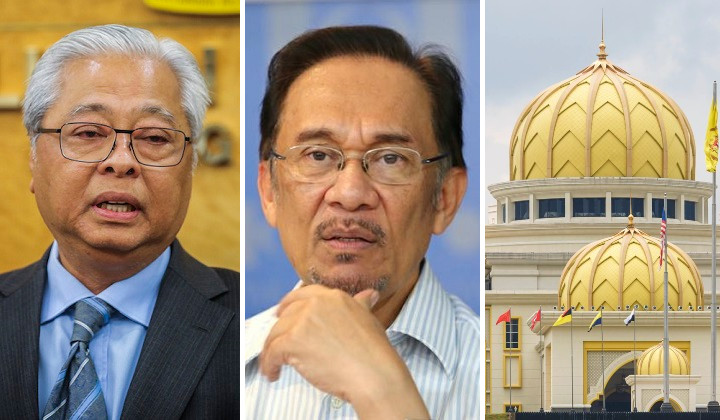 Even with the backing of all UMNO and BN MPs, Ismail would only get 42 nominations. A candidate needs the support of 115MPs to become Prime Minister.

This includes votes from Bersatu and PAS in addition to Gabungan Parti Sarawak.

Shafie claims that the leaders of PKR, DAP, Amanah, Pejuang, including himself as the leader of Warisan, had agreed to decide on a single candidate. This would give the candidate the baseline support of 105 MPs.

Shafie also said that after all the MPs send their pick to the Agong, a vote will still be held in Parliament to confirm the choice publicly.

The Meeting Of Malay Rulers

Meanwhile, a special meeting of the Malay Rulers will be held this Friday at Istana Negara to discuss the choice of the 220 MPs on whom should be next Prime Minister, reported The Star.

All Members of Parliament have been told to submit their statutory declarations directly to Yang di-Pertuan Agong Al-Sultan Abdullah Ri’ayatuddin Al-Mustafa Billah Shah by 4pm today.

READ MORE: All MPs To Submit One Candidate For PM To Istana Negara By Wednesday