The big names have been conspicuously silent on the issue. 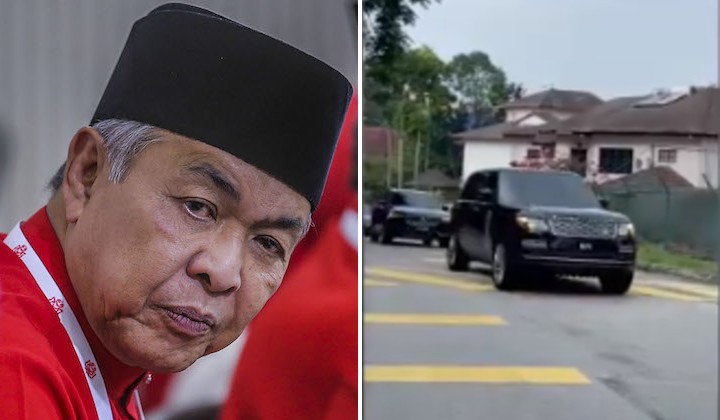 It’s official, UMNO has left Perikatan Nasional after its President, Datuk Seri Ahmad Zahid Hamidi dropped a bombshell late last night announcing that the party has retracted their support towards the current government.

He said the move was due to the government’s failure to deal with the Covid-19 pandemic effectively, and even listed down seven failures made by the current establishment which led the party to make that decision.

Reports have also surfaced saying that the UMNO Supreme Working Council (MKT) demanded that a new Prime Minister be appointed for a limited period, but Ahmad Zahid stressed that they will not support PKR President Datuk Seri Anwar Ibrahim.

Today’s meeting reaffirmed the stance as decided in the UMNO 2020 rally to never support any attempt to nominate Datuk Seri Anwar Ibrahim as Prime Minister or the government backed by DAP-PH (DAP-PH Lead Government).

Although he was critical towards the Prime Minister Tan Sri Muhyiddin Yassin and the government, it’s reported that Ahmad Zahid didn’t touch on the position of UMNO Ministers and Deputy Ministers.

He also did not mention the position of other parties in the pact, including the coalition formed by UMNO and PAS through Muafakat Nasional (MN).

Tok Mat says no man is bigger than the party

UMNO Deputy President, Datuk Seri Mohamad Hasan issued a statement on Facebook after the meeting, saying that no individual is bigger and more important than the party or the rakyat.

He said that UMNO’s stand must be based on the aspirations of the people and that a clear stand is important for a political party because without that, they would be just another “registered party”.

UMNO must breathe with the people’s plight, not power and position. The nature of UMNO is a party for the majority and the common people, so for them UMNO must speak out and fight.

However, Federal Territories Minister Tan Sri Annuar Musa has reportedly claimed that Ahmad Zahid acted alone last night and the statement he read out was prepared prior to his meeting.

He said to Agenda Daily that the announcement made by the UMNO President does not reflect what actually happened in the nearly five-hour meeting.

Muhyiddin has his own meeting with Ministers, AG

The morning after UMNO dropped their support, multiple vehicles carrying Ministers and the Attorney-General were reportedly spotted entering the Prime Minister’s residential area in Damansara at around 9:40am.

Opposition MPs tell Muhyiddin the jig is up

Some politicians from the opposition side wants Muhyiddin to step down as he doesn’t have the support of Parliament anymore.

Bayan Lepas MP Sim Tze Chin said on Facebook that Muhyddin has no more excuses and should resign honorably as the government bloc has only 77 Members of Parliament left.

This sentiment is shared by DAP’s Abdul Aziz Bari who was quoted by MalaysiaKini as claiming that the Prime Minister should step down and let Anwar take over as he has the most support from the other MPs.

I think now the one that stands out as PM candidate is Anwar. He has 89 MPs with him. The Yang di-Pertuan Agong can’t use his discretion without regard to the composition in the House. Anwar is the one with the most support, so it’s his right to try to form the government after PN collapsed early this morning.