If that’s not enough, he returned and tried to burn the house AGAIN. 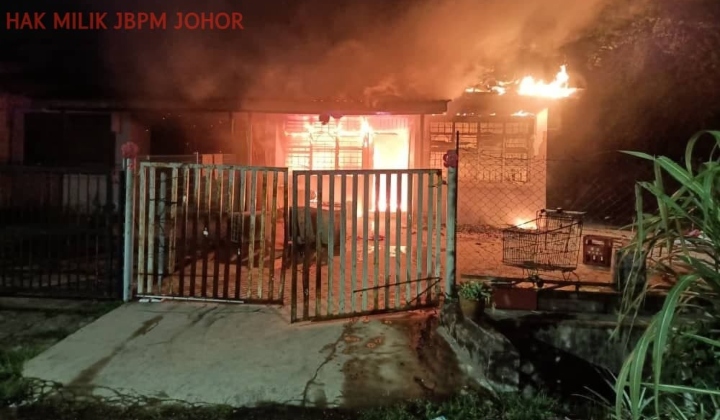 An elderly man is believed to have set his rented house on fire because he was not satisfied after being ordered out by the owner of the house at Jalan Maju 3, Taman Pelangi, Johor Baru last night.

The fire is believed to have started in the living room part of the house and based on information from nearby neighbours, the man in his 60s set fire to his rented house before fleeing.

After Bomba left, the old man returned to BURN IT AGAIN

According to Mohd Suhaimi, the fire brigade had managed to control the fire. However, they had to rush back to the scene after getting information that the individual involved returned and tried to burn the house again.

Upon arriving at the scene, firefighters found that there were two single-storey terrace houses on fire with one of them destroyed by 80 per cent, while the house next door burned 10 per cent.

The operation to put out the fire ended around 1.44am.

We managed to arrest the individual involved who disturbed the fire brigade in carrying out their duties and was handed over to the Taman Pelangi Police Station.

He said based on information from nearby neighbours, the arsonist had a wife and children in Singapore and was suspected of having mental problems.

ACP Padzli said police are looking for witnesses to assist with the investigation and the case is being investigated under Section 436 of the Penal Code/25 (1) (n) National Registration Rules 1990 for causing mischief by fire with intent to destroy.