The 69-year-old pickup truck driver was driving at high speed and failed to stop at the traffic light. 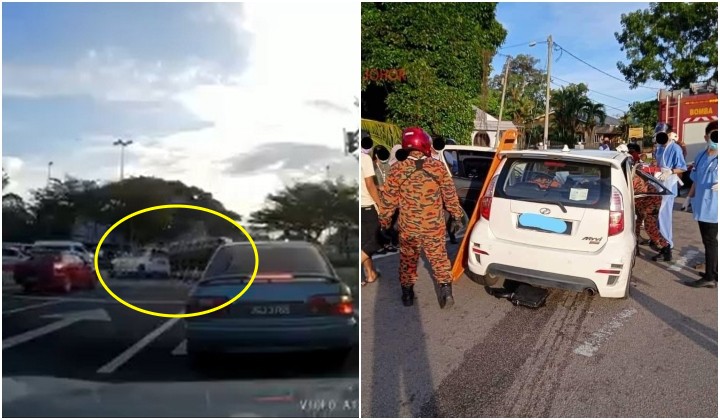 A deadly crash involving a pickup speeding through a red light, crashing into a Myvi and killing a mother on the spot was caught on camera in Muar, Johor.

The 23-second clip circulating social media showed the horrific accident which took place on 7.46am, Sunday morning (25th April) near the Jalan Temenggong Ahmad intersection in Parit Keroma this morning.

In the clip, a pick-up truck was seen speeding through the traffic junction and did not stop at the red light. The vehicle then rammed into a Perodua MyVi that had just began moving when the light on its side turned green.

Due to the speed of the truck, the MyVi was seen pushed forward while the pick-up truck flipped over and slammed into four other vehicles on the opposite lane.

The crash left a mother dead and her daughter seriously injured

The 14 victims in the other vehicles were unhurt.

According to the police, the Toyota Hilux’s 69-year-old driver was heading to Muar town from Parit Jawa at high speed. The drivers blood and urine samples have been submitted to the Chemical Department for alcohol and drug testing.

Elderly Customer Accidentally Drove Through A Melaka Restaurant, Injured 6 Others