He was the Home Minister at the time. 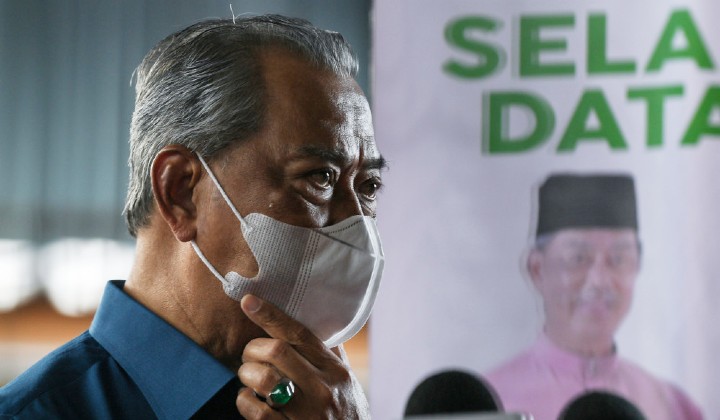 The Shah Alam court today has reversed a preventive detention order signed by Prime Minister Tan Sri Muhyiddin Yassin during his time as the Home Minister because he signed the order using his “glamour name”, not his real name.

According to reports from MalaysiaKini, the court made the ruling as he used the name Muhyiddin Mohd Yassin, instead of his actual name which is Mahiaddin Md Yasin.

It was reported by Malay Mail that the Judicial Commissioner Datuk Norsharidah Awang has allowed the application by Sabahan Awang Sari Lasikan because of this and now he is freed from detention.

Many were unaware and surprised to learn that our Prime Minister has not been using his actual name all this while.

Political cartoonist Zunar posted a picture on Twitter along questioning which one is Muhyiddin’s real name.

Meanwhile, Fahmi Reza took the meme route and reworked the famous swole doge vs cheems meme and made a caricature of “Muhyiddin” as the swole doge and “Mahiaddin” as cheems.

He once asked to use his other name for the polls

When he was campaigning for the People’s Justice Party (PKR) to fight for Pagoh’s Parliamentary seat, it was reported that the Prime Minister once requested that Election Committee (EC) to use the name Muhyiddin Yassin.

It was reported that the request was made after his MyKad name ‘Mahiaddin Bin Md Yassin’ was chosen to be printed on ballot paper, instead of Tan Sri Muhyiddin Yassin.