They disguised themselves as delivery men. 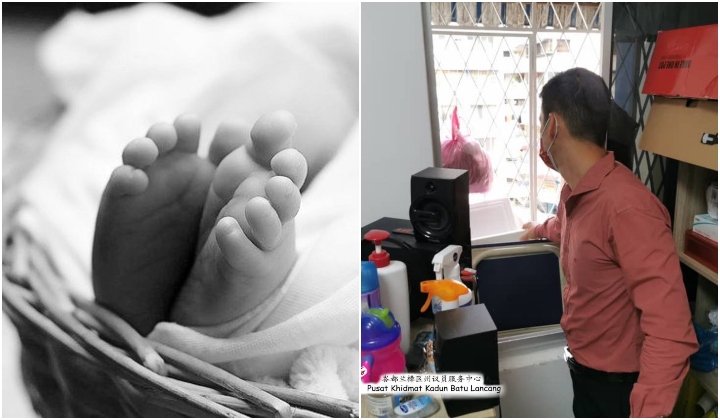 It was every parents’ worst nightmare come true when a home invasion in Penang led to the brief disappearance of a 2-month old baby.

After nearly an hour of frantically searching for the missing infant, the parents found it hidden in a box, its mouth stuffed with a handkerchief and taped shut.

The horrifying incident was revealed by Batu Lanchang assemblyman Ong Ah Teong on Facebook, involving a family reading at a flat in Batu Lancang, Penang.

It was revealed that the two robbers disguised as delivery men for an online shopping platform made their way into the home with knives.

They then threatened the housewife and her two children, aged two years old and 2 months old respectively.

Though the terrified mother handed over her jewellery, the robbers were apparently dissatisfied and threatened to kill the baby if she made a police report.

But they did eventually leave. That’s when she came to the bone-chilling realisation that her baby was missing and quickly called her husband.

When her husband returned, they searched for the baby in the flat for 30 minutes but failed. While they were planning to lodge a police report, the victim’s husband heard the sound of a baby crying and after searching, it appeared that the baby was hidden in a box in the room. The baby’s mouth was stuffed with a handkerchief and taped shut.

They have since lodged a police report at the Jelutong police station and the assemblyman has advised people to be careful if approached by strangers at home.