The group claimed that Dr Ali Noor Hassan fell ill due to the intense workload. 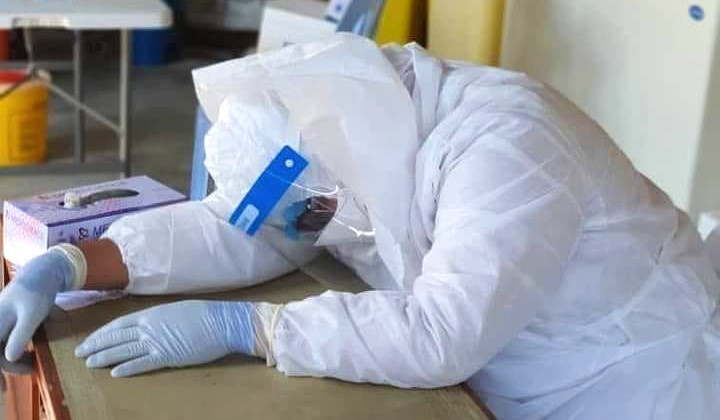 A non governmental organisation (NGO) group announced on Tuesday (19 Jan) that one of its members, who serves as a Covid-19 frontliner, had died of exhaustion while on duty.

They said he was exhausted and had little time to rest after working on the frontlines of the Health Ministry (MOH) in battling the Covid-19 pandemic.

According to the post, Dr Ali fell asleep while on duty and fainted – eventually leading to his death.

The Facebook post also included a picture said to be the last picture of Dr Ali taken by a friend before his passing.

As Dr Ali’s shocking death began going viral, MOH today (20 Jan) denied that the doctor died from exhaustion due to the workload.

Health Director-General Tan Sri Dr Noor Hisham told Sinar Harian that the doctor was actually suffering from another disease, which had nothing to do with overexertion.

Dr Ali’s wife, Asilah Alqarny, later took to Facebook to clear the air and revealed that he had died at Hospital Kuala Lumpur due to acute respiratory distress (ARDS).

Though ARDS is a complication seen in severe Covid-19 infections, Dr Noor Hisham confirmed that the frontliner had tested negative for the coronavirus.

In her Facebook post, Asilah described him as a generous man who often gave free medical consultations to those in need.

She also praised him as a filial son who devoted his time to caring for his mother who was diagnosed with lung cancer in 2018.