About the deal, and the issues with this vaccine. 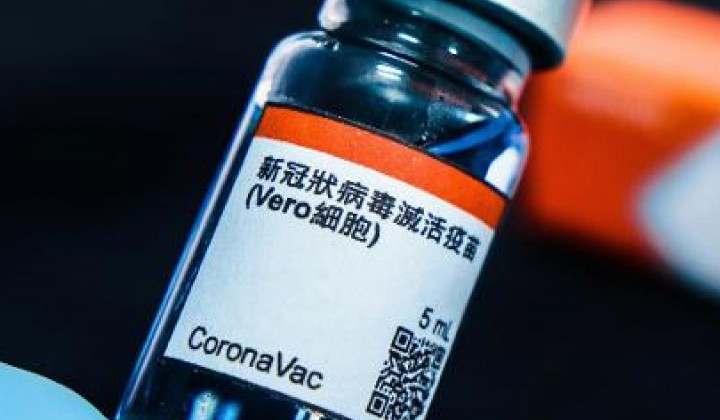 On Tuesday (12 January), Malaysian pharmaceutical group, Pharmaniaga Bhd announced that it had signed a deal with Chinese pharmaceutical company Sinovac Biotech Ltd to not only purchase their Covid-19 vaccine, but also the rights to manufacture it domestically.

While initially, this sounds like a great opportunity for the local pharmaceutical industry, recent reports of the vaccine’s reduced efficacy have caused some to question the decision.

According to Pharmaniaga’s announcement, they have signed an agreement with Sinovac to purchase 14 million doses of Covid-19 vaccines and carry out the final “fill and finish” stage of the manufacturing process domestically.

This “fill and finish” stage involves dispensing the vaccine into vials before rolling it out for distribution. Pharmaniaga Managing Director Datuk Zulkarnain Md Eusope said the company has the capacity to fill and finish two million doses a month.

In the deal, Pharmaniaga will also secure the rights to manufacture Sinovac’s vaccine locally, under license from Sinovac for its technology and technique. This will be the first Covid-19 vaccine to be manufactured in Malaysia.

Upon approval from the (local pharmaceutical regulator), we are confident to manufacture and have the vaccine ready to be distributed to the hospitals by the end of March.

Science, Technology, and Innovation Minister Khairy Jamaluddin said this agreement would enable the government to procure Covid-19 vaccines through Pharmaniaga at a lower price, compared to if it were procured directly from the Chinese pharmaceutical company.

What you need to know about Sinovac’s Covid-19 vaccine

Sinovac Biotech Ltd is a Beijing based biopharmaceutical company responsible for developing a Covid-19 vaccine named CoronaVac, an inactivated type of vaccine.

Inactivated vaccines are a more traditional type of vaccine which has often been used in the past for many well-known diseases, including rabies.

It basically works by introducing killed or inactivated viral particles to the body’s immune system without risking a serious disease response. This allows the immune system to create antibodies against the disease in a safe manner.

In comparison, Moderna and Pfizer vaccines are mRNA type vaccines which introduce part of the virus’s genetic code to trigger the immune system into producing antibodies. mRNA vaccines are a new type of vaccine which has never been used for public health before.

According to BBC, Sinovac’s main advantages is the fact that its vaccine can be stored in a standard refrigerator at 2-8°C.

Aside from Malaysia, places like Turkey, Singapore, Hong Kong, and the Philippines have ordered a supply of Sinovac’s vaccine.

Is Sinovac’s Covid-19 vaccine effective or not?

At this point in time, there’s no hard and fast evidence and it’s hard to compare figures as trials are run differently in different countries.

CoronaVac has been undergoing phase three trials in several countries, namely Brazil, Indonesia, and Turkey. Interim data released from these trials yielded different efficacy rates, despite the fact that they all used the same vaccine.

BBC reported that researchers in Turkey noted 91.25% efficacy rates, while Indonesia recorded 65.3% efficacy rate. Then, Brazil, who initially said the vaccine was 78% effective in their trials, revised the figure to 50.4% after including more data in their calculations.

Generally, efficacy is determined by looking at how many people get infected after being vaccinated, compared with how many were infected when given a placebo.

Normally, this is based on the number of people who develop symptoms, but BBC reports that trials in Brazil included asymptomatic positive cases as well.

FYI, Covid-19 vaccines need to be at least 50% effective to get regulatory approval and the World Health Organisation (WHO), recommends at least a 70% efficacy rate.

This means that with a 50.4% efficacy rate, Brazil’s findings for Sinovac’s vaccine barely passes the threshold set for approval.

Sinovac has already obtained emergency use approval in mainland China a few months ago and 7 million mainland Chinese have already received jabs.

However, regulators worldwide, including those in Singapore and Hong Kong, have said that they will be scrutinising Sinovac’s full clinical data before deciding to approve it for their respective countries, even though they’ve already placed orders.

Our vaccine procurement is subject to NPRA @KKMPutrajaya approval. If we are not satisfied with the safety and efficacy, we will not go through with the procurement. Sinovac’s clinical data is just being released. We will review the data and decide. https://t.co/gWxlWVnbWM

In Malaysia, Khairy Jamaluddin said the Malaysian National Pharmaceutical Regulatory Agency (NPRA) will only decide once its reviewed Sinovac’s clinical data. He added that if the NPRA is not satisfied with the results, the vaccine procurement deal will not go through.

You can read KJ’s full statement on Covid-19 vaccine procurement for Malaysia, HERE.