She is the second cabinet minister who’s tested positive for the virus. 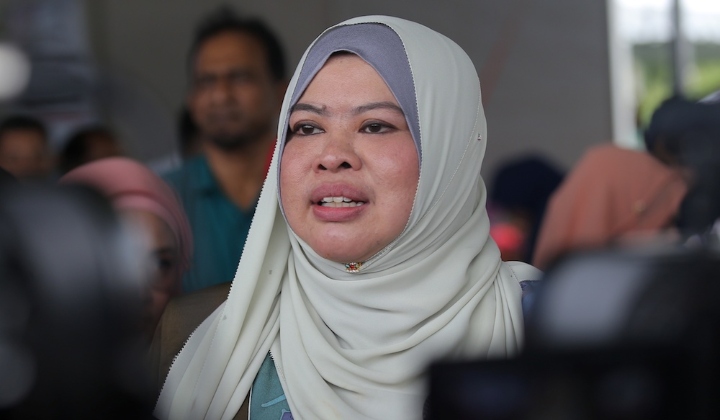 According to her office, Rina received the result of the test on Sunday night (10 January) after undergoing screening at the Putrajaya Klinik Kesihatan earlier the same day. She has been admitted into Hospital Sungai Buloh at 11 am today (11 January).

The minister apologises if this incident has caused any inconvenience and anxiety to ask and pray to God that all matters are facilitated for all involved.

Two ministers are positive, and two are in quarantine

She is now the second Malaysian minister who has tested positive this January after Economic Affairs Minister Datuk Seri Mustapa Mohamed tested positive for Covid-19 on Saturday (9 January).

At least two ministers are also now under self-quarantine after being identified as Tok Pa’s close contacts. The Star reported that the two ministers had sat next to Tok Pa during a meeting in Putrajaya on 6 January.

Throughout the Cabinet meeting, there was no physical contact. We were not only physically distanced but there was also a screen between us. Also, we were all wearing masks. However, as an identified close contact, I will undergo a swab test as well as remain in isolation as directed.

Saifuddin has said that he is not experiencing any symptoms, and is currently monitoring himself under a Home Surveillance Order (HSO). He also said that he will be taking two swab tests and remain under HSO until he obtains clearance from the Health Ministry.

According to the report, Prime Minister Tan Sri Muhyiddin Yassin was seated seven chairs away from Tok Pa during the meeting, at a distance of about 7 metres.

Meanwhile, Parti Pribumi Bersatu Malaysia leaders who attended a party meeting with Tok Pa on the same day have also been ordered to take a swab test.

Before testing positive on 9 January, Tok Pa had been screened for Covid-19 on 1 January and tested negative.

Based on Tok Pa’s updates on his Facebook profile, he met with several country leaders between 1 and 9 January.

5 January: He attended the Cabinet meeting at the Prime Minister’s office in Putrajaya.

The Vibes reported that Palace officials have since confirmed that the Agong has been screened for Covid-19 after receiving news of Tok Pa’s results, and tested negative.