Anxiety runs high as Malaysians fear the implementation of another MCO. 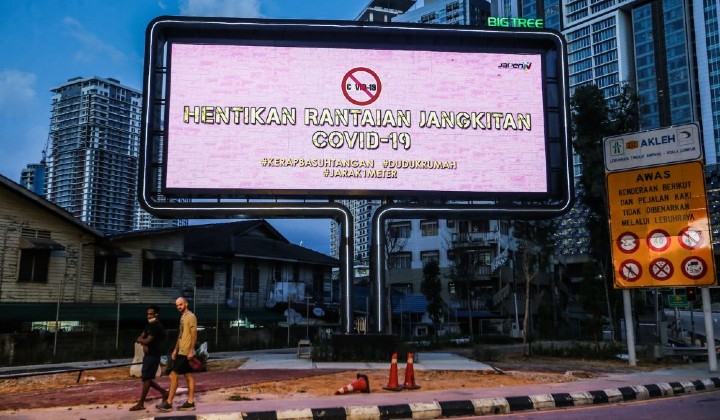 In the past few days, it has been widely speculated that the government is planning on putting some states in the country back under a lockdown, and Malaysians are anxious to learn if Muhyiddin will make the drastic decision.

MCO 2.0 has been trending on Malaysian social media since this morning.

The country has been recording four-digit increases in new infections on a daily basis since 10 December 2020.

The Health Director-General Tan Sri Dr Noor Hisham Abdullah has also warned that we may be looking at around 8,000 Covid-19 cases being reported daily in March if the R0 increases to 1.2.

READ MORE: Health DG: “I Fear The Worst Is Yet To Come”, As Covid-19 Deaths Continue To Increase

This is me as spm students , if MCO 2.0 really happen. pic.twitter.com/PkBV4JTq9K

Rumours of an MCO 2.0 widely shared on social media

Speculations arose after drafts claiming to be of the government’s preparation and planned standard operating procedures (SOP) were widely circulated online.

The government denied the authenticity of the documents and Senior Minister (Defence) Datuk Seri Ismail Sabri Yaakob also urged Malaysians not to believe such rumours.

However, even his remarks on Saturday (9 January) fuelled speculation after he mentioned that the government would give the people time to prepare for any decision that was made.

Whatever the decision, it will not be enforced with immediate effect, time will be given (to prepare) perhaps two, three days or more.

The announcement of Muhyiddin’s address have also caused the speculations to amplify, and people have reportedly already started panic buying at supermarkets today.

Though, it might be important to note that technically Malaysia is still under a form of MCO – specifically called Recovery MCO (RMCO) or Conditional (CMCO) in some states.

Meanwhile, responding to the record-level daily increase in cases, the Health Ministry has actually already proposed stricter SOPs, such as restricting cross-district and state travel.

Health Minister Datuk Seri Adham Baba mentioned that new cases of recent involve inter-district and inter-state travel, and social gatherings, adding that the government is refining and evaluating the actions that need to be taken to control the further transmission of the virus.

Yesterday, Malaysia recorded 2,451 new Covid-19 cases, bringing the total number of active cases to 26,185. On top of that, 5 more deaths were reported, bringing the death toll to 542.

Another lockdown in Malaysia is not gonna be fun for people with middle class and low income 🙃 If all Ministers salary are cut down to 90% then it's fun to have MCO 2.0👍