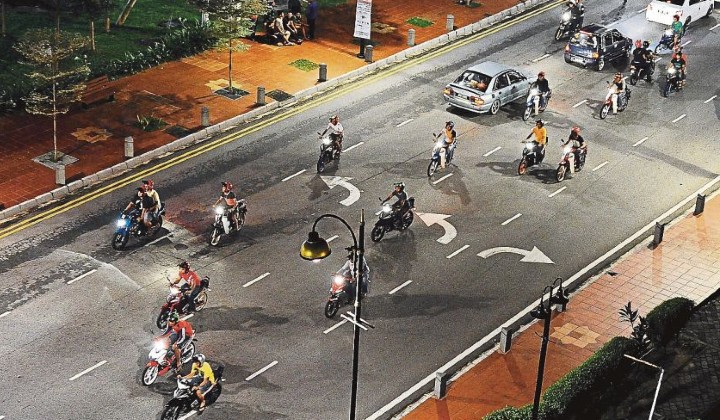 The Royal Malaysia Police (PDRM) wants to introduce a new motorcycle licence category that would limit 16 to 20-year-old youths to only ride low-powered motorcycles by 2025.

Free Malaysia Today reports that PDRM had submitted proposals to the Transport Ministry on enforcing a new “B3” motorcycle licence category that would only allow future youths to ride electric bikes or low-powered, small-capacity engine motorcycles that are 70cc and below.

In response to the idea, the Road Transport Department (JPJ) said that it would work with the Malaysian Institute of Road Safety Research (MIROS) and the Public Works Department (JKR) to study the proposed law.

Getting kids to slow down?

Basically, the B3 license plan is made to address the concerning number of youth-related motorcycle accidents and deaths as well as bring an end to “rempit” culture.

Bukit Aman Traffic Investigations and Enforcement Chief Assistant Director Supt Bakri Zainal Abidin was quoted as saying that the popular Malaysian “kapcai” or underbone motorcycles – some capable of reaching speeds of up to 160 kilometres per hour – are dangerous for both motorcyclists and other road users.

Currently, there are three main categories of motorcycle licences available for Malaysians that can be obtained at the age of 16;

Bakri Zainal further explained that the accident and death rate involving teenagers on kapcais was extremely high and that the motorcycle variant was ruining our youths, particularly those from suburban and rural areas.

He added that reckless riding and speeding were the main causes of accidents and that there are many dangerous kapcai variants on our roads. He said the proposed law would benefit the country by forcing a new culture for youths to ride slower, low-powered bikes.

Death on the roads

Malaysia’s road accident fatality rate is the third-highest in Asia, and motorcyclists make up the bulk of that death toll.

READ MORE: Finally, Proof That Malaysian Drivers Are The WORST

Data from the Transport Ministry revealed that 64% of the deaths out of a total 6,167 road accidents in 2019 had involved motorcyclists, while figures from 2017 revealed that a majority of accidents involved youths between 16 to 30-years-old.

Meanwhile, a 2016 report from MIROS showed that more kapcai riders are killed on our roads every year than any other vehicle.

READ MORE: The Kapcai Conundrum: Should The Iconic Motorcycle Be Banned?

The term rempit or “mat or minah rempit” (#femenism) is usually associated with social delinquent motorcyclists who disobey the law and engage in illegal street racing.

Kapcai motorcycles – often modified for more power, speed and manoeuvrability – are said to be the go-to machine for rempits and their high-speed endeavours.

In 2016, then Federal Territories Minister, Datuk Seri Tengku Adnan Tengku Mansor, even announced that the government would hold legal street races in order to counter the nation’s growing rempit and illegal street racing culture, besides providing a space and encouraging youths to quench their thirsts for thrills safely and responsibly.

The idea however seems to have never crossed the starting line.