Medical negligence and malpractice across the country reportedly on the rise. 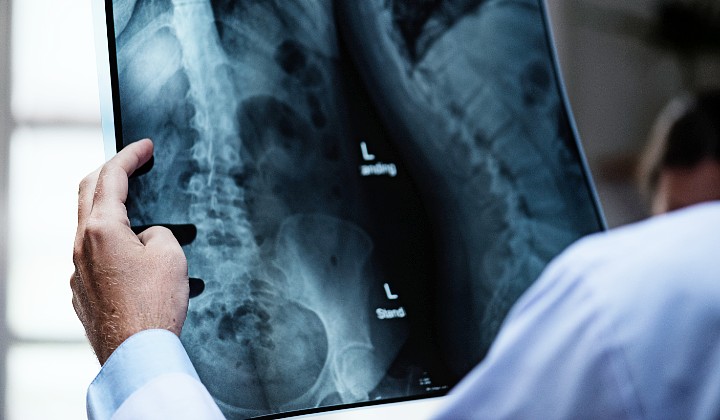 A mother who underwent a Caesarean delivery at the Ampang Hospital was traumatised when it was discovered that doctors had left a pair of forceps in her abdomen after her operation.

According to reports, 29-year-old Bushra Abd Razak was said to have undergone the procedure following complications during the birth of her second child on 9 January 2020 – attended by Dr Puteri Helena Rosli and Dr Wan Shahrul Liza Saharan.

Two days after being released from the government hospital, Bushra began feeling intense pain in her left abdomen, especially when she tried to move. The pain was so bad that the mother was throwing up, constantly.

Concerned, Bushra had asked doctors about her condition but was told by Dr Wan Shahrul on 21 January that her suffering was just normal from the C-section.

Sensing that something was definitely wrong, Bushra went to seek a second opinion from a private hospital. It was then that an X-ray revealed that a pair of surgical artery forceps had been left behind inside her body after the delivery.

The mother later underwent another emergency surgery to remove the foreign object from her insides – all the while not having fully recovered from her first operation.

According to her lawyers, in July, Bushra sued the doctors for damages amounting to around RM105,000 for her physical and psychological trauma. In their defence, the doctors apparently denied liability and requested to be absolved of their negligence.

The case was settled out of court after both parties reached an agreement in December. Both mother and baby were also said to be in good condition.

Malaysia’s medical negligence on the rise

According to the Health Ministry (MOH), the frequency of medical negligence and malpractice in public and private hospitals across the country had been increasing.

MOH’s records on accidents and errors had nearly doubled between 2016 and 2018, involving cases of wrong or mistaken surgeries, blood transfusion and medication errors, patient falls and cases of unintended retention of foreign objects (URFOs) – when objects are unintentionally left inside the body after surgery.

Former Health Minister Datuk Seri Dr Dzulkefly Ahmad was quoted as saying that these incidents were fueled from the heavy workload and fatigue experienced by medical staff as well as failures in communication, teamwork and the inability of healthcare professionals to follow correct procedures, without taking shortcuts.