Here’s the latest update on what’s allowed and what’s not under the MCO, as of 6 December 2020. 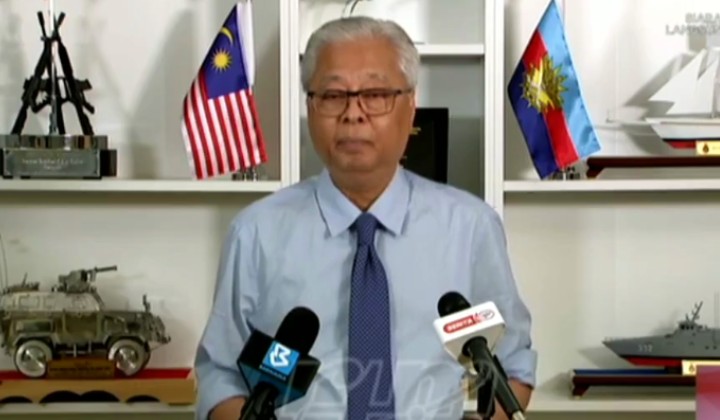 Malaysians will be happy to know that the government has decided to rescind the interstate travel ban that had been put in place, and go back to allowing movement between all states nationwide.

During his daily Covid-19 press conference yesterday, Senior Minister (Defence) Datuk Seri Ismail Sabri Yaakob announced that two changes to the current SOP; interstate and inter-district travel is allowed again and there will no longer be a ban in the number of passengers travelling inside a vehicle.

As we know, the RMCO (Recovery Movement Control Order) is supposed to end on 31 December. At this point, we don’t know whether it will be extended or not. But, life must go on.

READ MORE: CMCO Extended For Kuala Lumpur, Most Of Selangor Until 20 Dec But Ending For Putrajaya, Most Of Negeri Sembilan

Ismail Sabri said these decisions were agreed upon between the relevant authorities after a discussion was held, adding that there was a need to maintain a balance between having a stable economy and maintaining the wellbeing of the people.

Among the matters agreed on is that interstate and inter-district travel across the country will now be allowed except for areas under an enhanced MCO.

According to Ismail Sabri, interstate and inter-district travel is allowed again across the country, regardless of whether an area is still under the conditional movement control order (CMCO).

Instead, movement would only be restricted for areas under an enhanced MCO (EMCO).

Despite this, police will still be enforcing compliance with the standing SOP, depending on which SOP is enforced in your locality.

What’s important is that the public must follow the SOP. This is one of the ways to reduce Covid-19 infections. The police will be everywhere now to ensure compliance.

It is important to note that while interstate travel is allowed again, whether or not domestic tourism is encouraged by the government during this time is unconfirmed. Ismail Sabri said that a meeting would be held with the Tourism, Arts, and Culture Ministry to identify what should be permitted to open, and what would be required to remain closed.

Ismail Sabri noted that social visits to Sabah are allowed again, too. Police permission is also no longer required for those who want to leave Sabah or travel between districts there.

Previously, Sabah Covid-19 spokesman Datuk Seri Masidi Manjun also said that the state is relaxing the SOP for travellers to Sabah ahead of the upcoming Christmas and holiday season as well as to prepare the state to welcome domestic tourists again.

Only those with no symptoms and those who test negative for Covid-19 will be allowed into Sabah.

No more passenger limit in vehicles

Last but not least, Ismail Sabri also announced that there will no longer be a limit to the number of passengers riding inside one vehicle.

He said that the number of passengers in a vehicle will now only depend on the capacity of the vehicle in question.

He said the number of passengers in a vehicle is still subject to traffic laws, adding that a seven-seater vehicle with 10 passengers may still be stopped by the police for breaking local traffic laws.

Ismail Sabri ended his press conference reminding the public to act responsibly while the government allows the relaxation of certain restrictions under the various MCOs.

He urged the public to be proactive in taking the necessary steps to keep ourselves and our loved ones safe from the pandemic, regardless of whether those practices are required by the government.

Say for example, if we were allowed to travel domestically again. We must take care of our health and keep our families safe. If you feel like you should get yourself tested before you travel, then be proactive and take a test to confirm your health status so you don’t accidentally infect others.

He stressed that the government is not saying that a Covid-19 test is required when travelling between states, adding that it is our own responsibility to protect the people around us, and we should not only depend on directives from the government.