Plans to revive the act have been brought up to curb the spread of fake news. 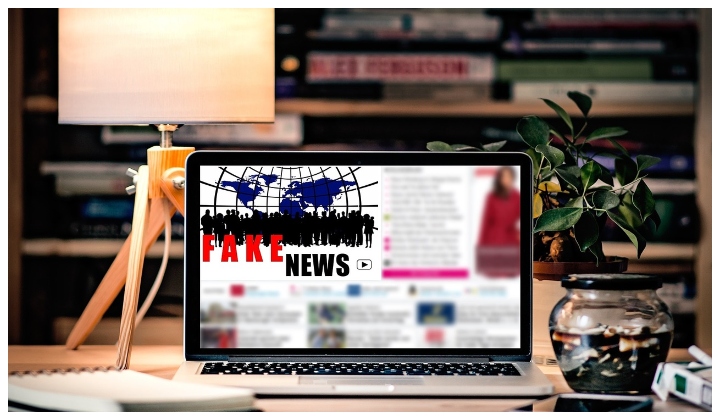 Subscribe to our Telegram channel for the latest stories and updates!

The Anti-Fake News Act has been the talk of the town since it was tabled back in 2018. Here is a short timeline of what we know about the Act and its details.

According to Lexology, The Anti-Fake News Act first came into effect on the 11th April 2018 by the government of former Prime Minister Najib Razak.

It was directed towards individuals in charge of publishing, distributing, or facilitating the publication or distribution of news or any kind of public information.

This also included media companies, particularly both traditional media such as printed newspapers, TV and radio, as well as online media and social media platforms.

The Purpose Of Creation

The Act was aimed to punish those who maliciously create, publish, distribute, or otherwise disseminate “fake news”.

This particular term widely includes news or information of any form that is wholly or partly false.

Within weeks of the Act passing into law, the courts had managed to convict a man from Denmark named Salah Salem Saleh Sulaiman on 30 April 2018 for creating and publishing a YouTube video.

Sulaiman was charged for inaccurately accusing the Royal Malaysian Police of taking 50 minutes to respond to calls after a shooting incident that had occurred in Kuala Lumpur on 21 April 2018.

However, the police had only taken about 8 minutes to respond. The charge made against Sulaiman stated that he had “with ill intent, published fake news via a video on YouTube”.

Sulaiman was fined RM10,000 but chose instead to spend a month in prison as he could not afford to pay the sum.

Besides that, the case also showed the Act’s authority on social media sites like YouTube and not just towards traditional media outlets.

After a change of government in the 14th General Election, on 8 August 2018, The Star reported that a Bill to repeal the Anti-Fake News Act was in the process of being tabled in parliament.

The Bill was tabled by a minister from the Prime Minister’s Department, Datuk Liew Vui Keong.

Due to the change in the policy of the Government, fake news may be dealt with under existing laws such as the Penal Code, the Printing Presses and Publications Act 1984, and the Communications and Multimedia Act 1998 hence Act 803 (Anti-Fake News Act 2018) is no longer relevant.

The Star also reported that, according to critics, the Act was unnecessary as it muzzled the media’s freedom.

Additionally, Deputy Minister in the Prime Minister’s Department Mohamed Hanipa Maidin stated how the Act was inessential as there were sufficient laws to deal with fake news.

We don’t need new legislation. We already have existing laws, such as the Communications and Multimedia Act 1998 and others that can deal with this issue.

Mohamad Hanipa Maidin via The Star

The decision to abolish the Anti-Fake News Act finally came to a close following the Dewan Negara’s approval last year.

According to The Star, this was Pakatan Harapan’s second attempt at abolishing the Act since it was first introduced by the government prior to the 14th General Election.

Although first attempts to remove the Act occurred in August 2018, they were met by a roadblock after being rejected by the Senate.

However, the Bill to repeal the Act was again tabled in October of 2019 after a cooling-off period as stated under Article 68 of the Malaysian Federal Constitution.

Article 68 allowed the government to table a rejected Bill by the upper house after a cooling-off period of one year.

The Bill to remove the Act was then passed on 9 October 2019, with 92 MPs voting for the law to be abolished, while 51 of them were against it.

The Act was officially scrapped by Parliament on Thursday, 19 December 2019.

Possibility Of A Revival

There has been a rise in the spread of fake news and information through media outlets both traditional and online since the beginning of the Covid-19 pandemic.

To curb the spread of fake news, a proposal to revive the Anti-Fake News Act has been expected to be discussed in Parliament on Monday, 16 November.

Based on The Star, the matter was raised by Datuk Seri Shahidan Kassim of Barisan National during Question Time to the Communications and Multimedia Ministry.

Deputy Education Minister Senator Datuk Dr Mah Hang Soon, a spokesperson on behalf of the ministry held that the government would identify other approaches to ensure that accurate information is given to the citizens.