He had to use a duster to scoop up the pup. 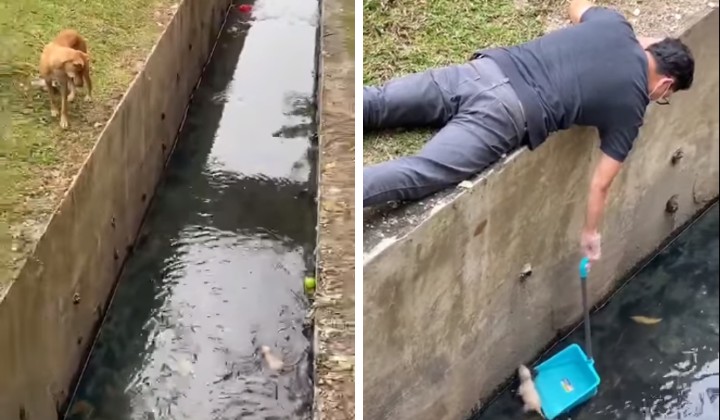 A man in Petaling Jaya made waves in social media recently as he saved a newborn puppy from drowning in a drain.

In a one-minute video uploaded by Facebook user, Arif Fuego, the footage shows the puppy being swept by the current as its mother watched helplessly before the man stepped up and saved the day.

It was a race against time to save the little pup from certain death when he attempted to scoop it up with a duster.

The puppy first appeared unconscious after coming out of the water but luckily it managed to survive the ordeal.

Arif then tried to give the pup back to its mom but seeing how the canine was hesitant, he left the little one alone for the mother to pick it up.

After a while, the mother grabbed the puppy and took it away.

In the post, he mentioned that the incident happened near the place that he worked at and explained that the duster was used mainly for safety reasons as the drain appeared to be dangerous to jump into.

At the time of writing, the video has generated some buzz online with more than 500 likes, as users hailed the man as a hero for saving the puppy.