No one is safe. 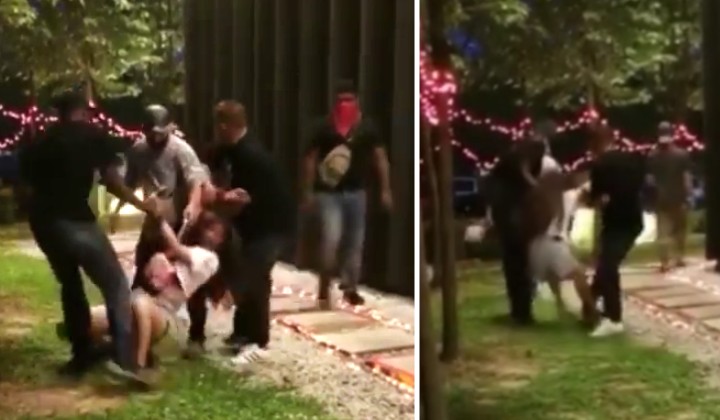 A robbery in Ampang was caught on camera recently, leading to the arrest of a suspended police corporal who had made off with RM5,000 in cash and several makeup items.

What you need to know: A 29-year-old Chinese national was at a restaruant in Ampang at around 7pm when she was approached by 3 men who introduced themselves as policemen. The men then suddenly grabbed her hands and dragged her towards the parking lot.

She was heard screaming for help and several passersby went to her aid. One man was apprehended while his two accomplices escaped.

Who said what: Ampang Jaya district deputy police chief Superintendent Mohd Azam Ismail noted that the 46-year-old man was indeed a police corporal, who was currently undergoing suspension from his duties. Additionally, the police have already identified the two remaining suspects and efforts are being made to track them down.

The case is being investigated under Section 395/397 of the Penal Code for gang robbery.