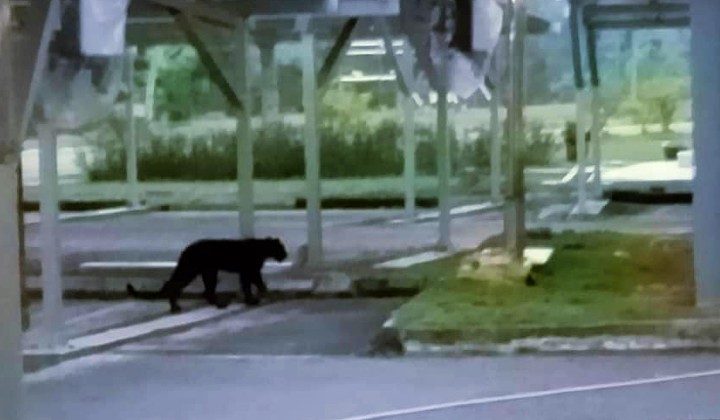 What you need to know: The panther was spotted at 7pm on July 22 roaming casually around the empty UiTM Kuala Pilah campus. The images were shared on Twitter, and campus authorities later confirmed the incident and reported the wild animal to the Department of Wildlife and National Parks (Perhilitan).

Because of the Movement Control Order (MCO), the campus is currently deserted as students have not returned yet. Usually, if there is human activity on the campus, wild animals do not come close to the campus and avoid humans in general, posing as no danger to students.

Who said what: UiTM Kuala Pilah corporate communications unit head Mumtaz Ahmad confirmed with The Star that they have contacted Perhilitan and are on standby to capture the animal in case it returns. She also noted that the black panther is the first of its kind of be spotted within campus boundaries since the campus moved to its current location in 2009.

Why it matters: Wild animals generally cause no harm to humans, however, they are may attract unscrupulous individuals like poachers to the area. The forests surrounding the campus are the animals’ natural habitat, which is why the campus, together with Perhilitan, leaves the animals alone.

The black panther is a protected species under the Wildlife Conservation Act 2010. Any hunting, killing, or deliberate capture of the animal with the intention of owning, trapping, and catching the panthers is a crime with jailtime and fine of up to RM100,000.

However, the fact that they have started to visit human territory is a concern because it shows that its natural habitat is shrinking. These big cats will only travel to human areas if there’s a lack of food sources or if there are other threats in its own domain.