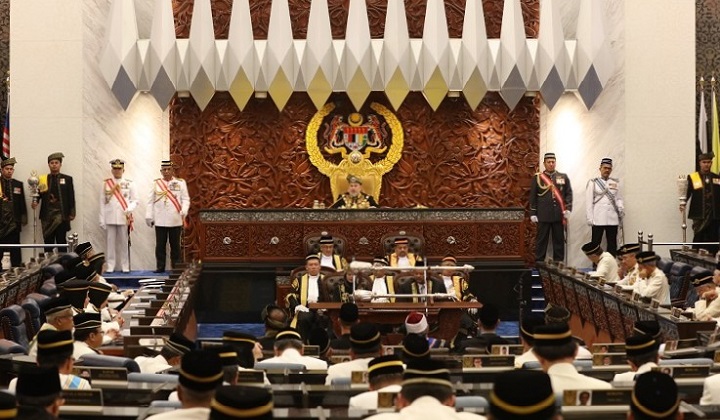 Reportedly, the Premier had submitted a formal motion for the removal of the Speaker of Parliament and his deputy who were both elected during the previous Pakatan Harapan (PH) administration.

Malaysiakini reported Deputy Nga Kor Ming as saying that the motion has been included in the docket for the next Parliamentary sitting.

However this scenario poses the question of can the government or Parliament itself choose to remove or replace the Speaker of the House? Here’s what the law says;

According to the Federal Constitution, the Speaker and two Deputy Speakers, are first and foremost officials appointed by elected Members of Parliament or MPs.

This means that although the executive government, or the Cabinet of Ministers, has no power to dismiss the Speakers, the Parliament is well within its right to have the Speakers replaced and elect new ones in their place.

The Constitution also states that the Speaker’s term would end if Parliament is dissolved or when the House reconvenes after a general election (GE), where MPs would nominate and elect new Speakers if they so choose to.

The Speaker can also choose to vacate his or her position at any time when Parliament meets after GE, or when he or she is no longer an MP.

This is because the Speaker must either be an elected MP or a non-elected member of the House with the right qualifications.

Besides that, the Speaker could also be removed when he or she is found to be physically or mentally unfit for the job, dies, or “disqualified” if involved with profit-making businesses or organizations.

Furthermore, according to the Standing Orders of the Dewan Rakyat, if for whatever reason the position of the Speaker or Deputy Speakers is vacant, Parliament must convene to elect new representatives at the earliest convenience.

With the current political uncertainties and after the recent administration change, this would mark the first time in history that an elected Prime Minister and an in-term Speaker is being challenged.

Moreover, at present, neither the Perikatan Nasional (PN) government or the PH opposition, have publicly back up claims that either coalition has enough support to command the majority of the Dewan Rakyat.