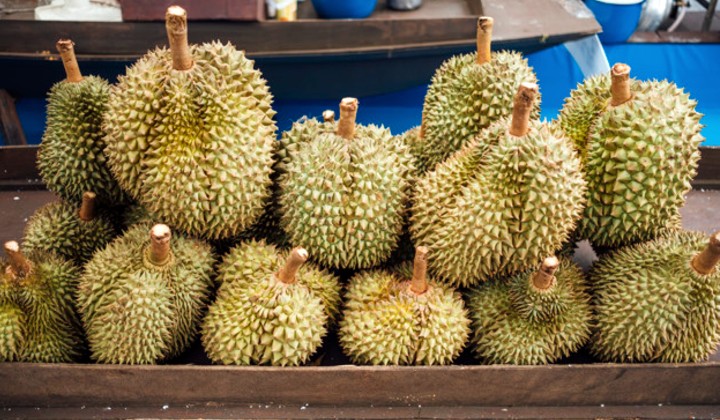 The Movement Control Order (MCO) has whetted the Malaysian appetite for durian. In fact, durian sellers report a substantial increase in demand, especially for home deliveries.

However, durian farmers caution that while this year’s harvest is relatively good, it may not be able to meet peak demand for the fruit due to the weather.

Extreme rainfall and fluctuating temperatures have caused inconsistent and lower production of the durian fruit. There was a recent drought that lasted for as long as five months. This caused the durians to ripen and drop earlier than they normally would. Heavy rain also caused the fruit to fall before they could mature.

According to the Malay Mail, most durian farmers cited that the harvest of fruits was not at peak conditions, but they have no issue selling what available produce they have.

A durian seller known as Leng noted that his sales were not particularly affected by the pandemic and the MCO. The one change he notes is that whereas customers would come by his stall to eat the durian, they now request for the fruits to be delivered directly to them instead.

I can only hope things go back to the way they were, as I must say I miss the sight of people eating durians heartily at the stalls.

Demand has grown so much for durian delivery services that some sellers find it hard to keep up with delivery orders. A Penang-based durian seller Wong Jee Min said that the demand is sky-high because it appears that people seem to crave durians even more when stuck at home.

According to Pontian-based farmer Mohd Firoz Sanusi, demand for durian variety has also changed. While in previous years, premium durian varieties such as IOI, Musang King, and Cap MIA were highly in demand, it appears that the cheaper kampung durians are now in favour.

In addition to weather that has interfered with his crop production, Firoz also explained that he had a lack of manpower on the farms during the MCO, which drove up the prices of his branded varities of durian.

On the whole, customers shouldn’t have to worry too much about not getting their hands on fresh durian delivered directly to them. Many more farmers are expanding their delivery services and routes, so you will definitely get to enjoy the king of fruits in the comfort of your own home this durian season.