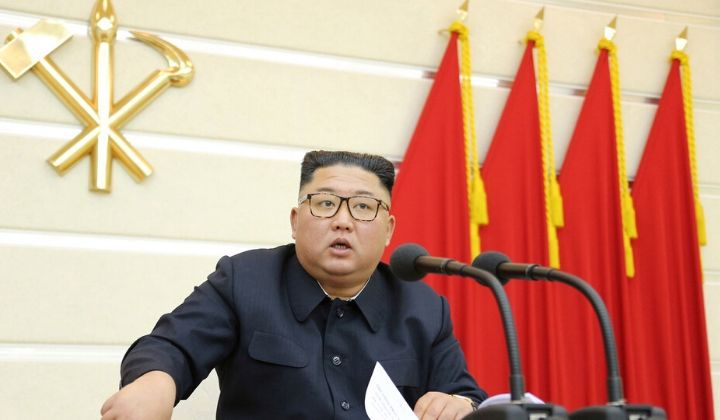 Speculations about Kim Jong Unâ€™s health have recently made international news headlines as members of the media noticed his unusual absence during North Koreaâ€™s Day of the Sun celebrations.

The Day of the Sun (15 April) is the birth anniversary of Kim Il Sung, the founder and first President of North Korea, as well as Kimâ€™s grandfather. It is said to be the most important national holiday in the country and every citizen is expected to pay respects to their nationâ€™s founder, who was declared Eternal President in 1998.

Photos of Kim at his grandfatherâ€™s birth anniversary would usually be published by the state media every year. As such, his absence from the photos of this yearâ€™s celebrations sparked rumours that the countryâ€™ Supreme Leader may be unwell.

He was also reportedly last seen at the Workersâ€™ Partyâ€™s politburo on April 11.

According to Daily NK (a news platform affiliated with the South Korean Unification Ministry), one of its North Korean sources said that Kim received heart surgery at Hyangsan Hospital, located near Mount Myohyang.

The surgery is said to have taken place on 12 April, and Kim is believed to be recuperating in a villa outside Pyongyang.

Daily NKâ€™s source also mentioned that the heart surgery could be triggered by the Supreme Leaderâ€™s daily habits and health conditions – mainly obesity, smoking, and overwork.

South Korea’s presidential spokesman also dismissed the speculations, saying that they cannot confirm Kim’s health condition as there are “no unusual signs” in North Korea.

The assassination of the North Korean leaderâ€™s half-brother, Kim Jong Nam, was one of the biggest news in Malaysia. The incident took place on 13 February 2017 in Kuala Lumpur International Airport, where Kim Jong Nam was smeared with a deadly nerve agent.

Kim Jong Nam was dead within half an hour.

Four North Koreans were questioned by the Malaysian police, whereas two women who were seen attacking Kim Jong Nam were arrested. There are still speculations that it was Kim who ordered the assassination of his half-brother.

Super Tired But Refuse To Sleep At Night? You’ve Got Revenge Bedtime Procrastination