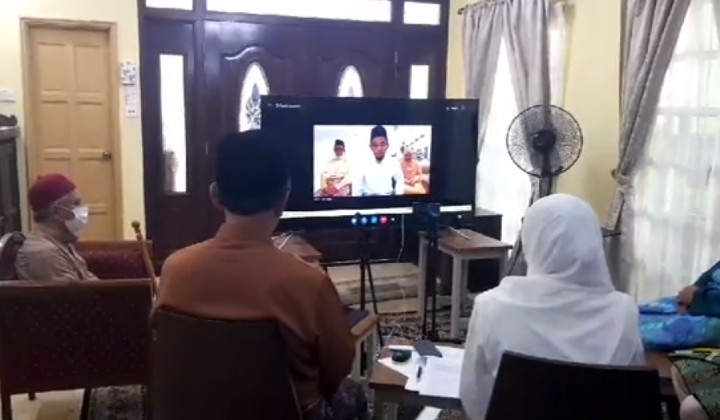 This was also due to movement constraints caused by the COVID-19 outbreak.

It was held at the bride’s house in Bandar Baru Wangsa Maju, Setapak, while the groom was in Setiawangsa.

The historic event was also broadcasted via Facebook Live.

Although it’s never been done before in the country, the processions is not something unique to Malaysia as the United Arab Emirates was the first nation that started the trend.

Mother And Daughter In Bentong Lost Almost RM12,000 After Clicking On Job Advertisement