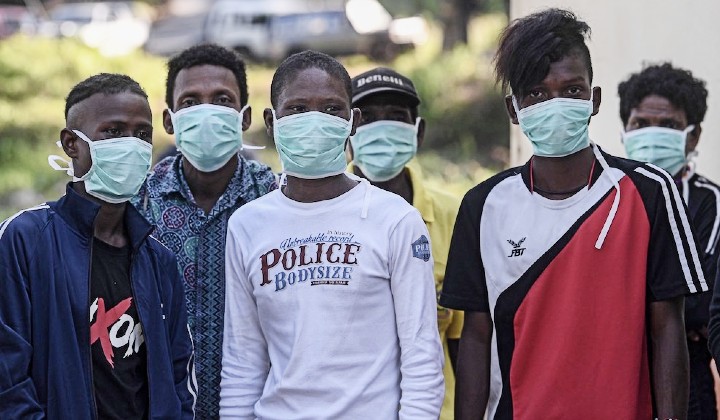 Malaysiaâ€™s Orang Asli community is not forgotten during the global Covid-19 pandemic.

Senior Minister Datuk Seri Ismail Sabri Yaakob denied allegations that the Orang Asli were being abandoned to fend for themselves during the nationwide Movement Control Order (MCO).

According to the minister, the government through its Department of Orang Asli Development (Jakoa) were distributing aid in the form of â€œfood basketsâ€ to close to 100,000 Orang Asli households across the country.

The basket donations are to be given out in 2 phases – 50,000 households in over 800 villages have already begun receiving the aid since April 2, while the rest will be distributed starting April 10.

The aid program is said to cost the government a total of RM11 million.

But reportedly, Jakoa is facing issues and delays in distributing the food aid due to shortages in manpower.

2 individuals from the Orang Asli community were also noted to be infected by Covid-19 and apparently, some members of the community have chosen to isolate themselves deep within the jungles over fears of viral plague while some communities remain oblivious to the pandemic altogether.

Last year, 16 villagers from the Batek tribe in Kampung Kuala Koh, Gua Musang died due to a measles outbreak.

Meanwhile, the minister also advised Malaysians to use the proper communication channels to voice out their concerns and complaints to the government.

Ismail Sabri said that citizens encountering any issues during the MCO period should opt to contact their respected ketua kampungs, district or state representatives, as well as the Social Welfare Department (JKM) and their regional Disaster Management Committee.

He explained that the governmental structures set in place within the country were adequate enough to resolve problems that need immediate attention, without the need for those issues to be made into hot viral gossip.

Selangor Gov’t Is Giving Out RM300 Per Month For 12 Months, Here’s How To Get It