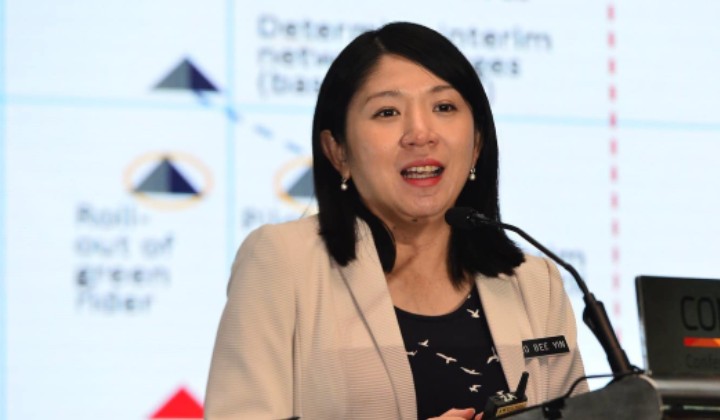 But now that Yeo Bee Yin’s tenure as minister has been cut short, let’s look at her real world accomplishments and what her ministry has achieved so far.

One of the biggest problems faced by Malaysia was our trash problem. More specifically, foreign trash that decided to invite themselves onto our shores.

In addition to that, our trash problem was made public through a Netflix show, and it become an international topic.

In spite of this, Yeo Bee Yin pushed back, famously quoted saying,

Malaysia will not be the dumping ground of the world.

Up until January 2020, Malaysia has returned 4,120 tons of plastic waste to 13 different countries.

Setting up a pollution monitoring system

When more than 4,000 people in Pasir Gudang, Johor experienced difficulties breathing back in March 2019, Yeo Bee Yin and the ministry took immediate steps to investigate.

The main contributors were then determined to be three types of flammable and toxic gases released by chemical industries in the area.

Yeo claims that in addition to enforcement, there will be consistent monitoring of industrial waste pollution through online systems.

The controversial rare-earth processing company Lynas has sat solidly in Pahang even after protests over concerns of radioactive waste.

Prior to the 14th general election, the rejection of the refinery was one of Pakatan Harapan’s causes. However, the waste was not determined to be hazardous and the industry is potentially worth RM100 billion.

Since then, the government has come to a compromise on the issue by demanding stricter handling of the waste and to explore a permanent disposal facility.

Dealing with the yearly haze

2019 saw the worst haze experienced by the country. Indonesia suffered 857,756 hectares of peat and mineral soil burned, which is almost 12 times the size of Singapore.

The transboundary haze was among the main topics at the 15th Asean Ministerial Meeting on the Environment, 2019.

While the ASEAN Agreement on Transboundary Haze Pollution (AATHP) has been signed by all ASEAN members in 2002, enforcement itself is problematic as the ASEAN countries require a consensus-based approach upholding the principle of non-interference in internal affairs of other states.

This means that despite complaints or anger, affected countries have no right to interfere and neither is Indonesia obligated to receive help from Malaysia or Singapore.

Yet, results of the discussion were controversial as offending companies having links back to Malaysia and Singapore. In particular, Yeo Bee Yin’s husband owns IOI Corporations, which was one of the four companies named responsible for the burning.

Assuming a conflict of interest

Yeo Bee Yin’s marriage to CEO of IOI Properties Group Bhd was called into question over the conflict of interest in her role as Minister of Energy, Science, Technology, Environment, and Climate Change.

IOI Group is one of Malaysia’s biggest conglomerates, with businesses in palm oil and real estate.

While palm oil is one of the country’s main exports, environmental bodies have consistently spoken out against it, claiming deforestation and other environmental impacts.

Regardless, Malaysians were worried that their concerns regarding palm oil and land development may easily be dismissed due to her husband’s interests in the industry.

Regardless, Yeo Bee Yin has shown results in her 2-year stint as minister. The next person to step into the role of minister of MESTECC will be tasked with the responsibility of pushing Malaysia into a greener, more sustainable future.