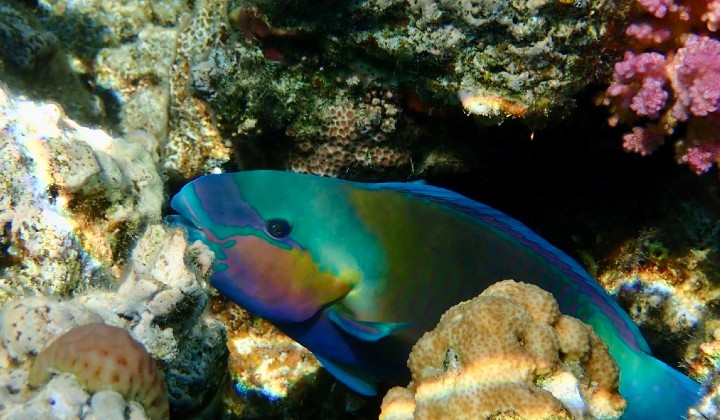 Can you ever imagine Malaysian without seafood? No ikan siakap with your rice, no ikan bakar, not even juicy prawns in your laksa.

Unfortunately, the fact of the matter is that Malaysia has already lost 90% of its demersal (bottom-dwelling) fish stock. This includes some of our favourite kinds of seafood such as groupers, snappers, catfish, whitefish, and stingrays.

According to a 2019 report by Reef Check Malaysia, many of our highly-valued fishes such as barramundi cod (siakap), moray eels (belut laut), grouper (ikan kerapu), and snappers (ikan merah) are scarce along Malaysian coasts, even though most of the 180 survey sites are protected waters.

In fact, barramundi cod (ikan siakap) and the humphead wrasse (ikan bayan) were conspicuously missing from all 180 survey sites.

This is mostly due to unsustainable and often illegal fishing practices, which can cause the collapse of fish numbers. Since prices for these fishes can reach up to US$10,000 for a single adult humphead wrasse, poachers target these fish even within marine protected areas.

However, the decline of fish stock is also exacerbated by the damage to our coral reefs, which supports 25% of all marine life.

Coral reefs are a big part of the Malaysian ecosystem. While well-known for our beautiful beaches and picturesque islands, our country is actually world-renowned for our unique tropical biodiversity, including our marine life!

Sadly, due to human activity, our coral reefs are under pressure more than ever. Fishing, coastal development, industrial pollution, and even tourism plays a big part as stressors to the coastlines.

On many Malaysian islands surveyed, the number of resorts and tourists are increasing without any regard to the carrying capacity or rapid development of the island.

Data from the International Coastal Clean-up also indicates that local, national, and regional waste management is atrocious, as Malaysia is already known to have one of the most polluting rivers in the world.

Malaysian coral reefs are also threatened by the global threat of coral bleaching. Over 40% of corals in the Peninsular Malaysia area died in 1998, the first significant mass coral reed bleaching event. Later on, the reefs barely recovered before yet another bleaching event in 2010.

Even tropical storms, worsening due to climate change, cause significant damage to coral reefs, such as the tropical storm Pabuk which hit Terengganu coastlines in January 2019 and which impacted the shallow reefs in both Redang and Perhentian islands.

According to the report, Malaysian reefs have only an average live coral cover of 40.63%, adding on to the downward trend since 2015.

But what’s even more concerning is that this coral reef health decline is a significant cause for alarm, as low live coral covers also means low abundance of both fish and invertebrate indicators.

This is happening despite the fact that these waters are protected to conserve marine resources and that we should actually be expecting an increase in abundance instead.

As such, all Malaysian stakeholders are urged to revise their commitments to keeping our marine wildlife safe.

How to make a change

Marine biologist and researcher at Boston University Randi Rotjan suggests that individuals wanting to help can be more active in helping ocean conservation groups, making sure that your elected representatives discuss this issue, and raise awareness of the threats faced by coral reefs.

Individual actions can be taken as well. Talk to your local fishmonger about where their fish came from. If you shop at a grocery store, look for certified sustainable seafood with these logos as approved by WWF Malaysia:

You can also be more involved with activities such as local beach clean ups and minimizing your carbon footprint in general.

According to Professor Rotjan, conservation efforts definitely have a positive impact, as similar protected marine waters regained their biodiversity in just two years after a bleaching event.

However, while it sounds like good news that there are marine protected areas, its protection must be well-enforced to eliminate outside stressors to the marine wildlife in the area.