In Malaysia, female circumcision has been traditionally carried out by Mak Bidans, each one practising their own version of the procedure using everyday tools such as blade cutters and kitchen ingredients as antiseptic. 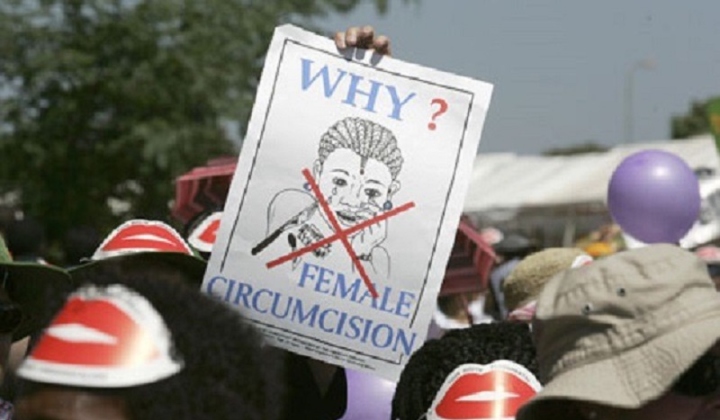 Female genital mutilation (FGM) is a controversial topic due to the fact is has been labelled as a harmful practice that violates human rights, yet many communities that still implement it equate the procedure with religion and culture.

According to the World Health Organisation (WHO), FGM is all procedures that involve the partial or total removal of the external parts of the female genitalia, this includes any other injury to the female genital organs for non-medical reasons.

WHO classifies FGM into 4 major types:

In all societies that practice it, FGM is a manifestation of deep-rooted gender inequality. It is supported by both men and women even when it is known to inflict harm on girls, usually without question, because the perceived benefits are considered worth the risk.

Currently, the practice is most prevalent in African countries, with reports of it still being done in Middle Eastern and Asian countries as well.

In Malaysia, a 2018 study found that over 99% of female participants surveyed (605 participants) had undergone FGM. Meanwhile, a separate study conducted in 2012 found that number to be 93% (of 1,196 respondents).

The Current Situation In Malaysia

Besides being prevalent, many Muslims in the country view FGM as a religious obligation, especially since it is apparently encouraged by religious authorities in Malaysia.

Several reports mention that the National Council of Islamic Religious Affairs (JAKIM) introduced a fatwa in 2009 stating that the practice is wajib (obligatory) for all Muslim woman, as long as a medical practitioner has deemed that it would not be harmful.

This view varies in each state based on the interpretation of the act by scholars and government officials. For example, the former mufti of Terengganu, Datuk Ismail Yahya says there are no religious texts supporting female circumcision.

Malaysia generally practices Type 4 FGM, the least invasive type which involves a needle prick to the clitoral hood of female babies as young as one or 2 months old. Once a drop of blood drips from the wound, the ritual is complete.

Several local NGOs are in disagreement about the matter. Sisters In Islam (SIS) have been very vocal in opposing the practice, stressing that the practice is not mentioned in the Quran and harmful towards women.

Meanwhile, Ikatan Muslimin Malaysia (ISMA) and Wafiq (International Women’s Alliance for Family Institution and Quality Education) insist that there is a religious basis to female circumcision and that the way it is practised in Malaysia is not harmful.

Where does the practice come from?

According to the United Nations Populations Fund, the origins of FGM are unclear but known to exist before the rise of Christianity and Islam, and has been followed by many different societies across the ages and continents.

Some Egyptian mummies were reportedly found to have characteristics of FGM. Some historians also claim that there were communities in what is now known as Lebanon, Syria and Ethiopia who also practised circumcision in 5th century B.C.

Why FGM Is Linked To Islam

There are several reasons why FGM tends to get linked to Islam. One of the reasons is due to the Arabic word khitaan or khataan. Supporters of FGM have translated this word, which appears in several religious texts, as a word interchangeable for both male and female circumcision.

Besides the word khitaan, there have also been several Hadiths which supporters of FGM claim prove the Islamic basis of FGM.

One Hadith commonly mentioned is the Hadith of Ummu-Attiya, although it has been declared daif (weak), it still tends to be mentioned. The Hadith relates that the Prophet told a woman named Ummu-Attiyah:

O’ Umm Attiyyah, ashimmi and do not exaggerate; as doing so will preserve the fairness of the woman’s face and satisfy the husband.

Supporters of FGM have taken the word ashimmi to mean “cutting a small part of the clitoris”, while opponents of FGM say that the word ashimmi has no such meaning, but instead can be translated to several things including “to massage with something soft like oil” or “to place one thing upon another”.

If the two circumcisions (alkhitaanani) meet (il-tiqaa), then it is obligatory to take ritual bath (ghusl).

Supporters of FGM take the term khitaan to generally mean circumcision and khitaanani to mean two circumcisions, for male and female.

A report by the United Nations Populations Fund states that Islamic scholars have concluded that this Hadith cannot be used as a basis of FGM because it actually discusses purification, not circumcision.

Besides this, Malaysian supporters of FGM also argue that FGM is obligatory under Shafii Islamic school of thought. On the other hand, opponents point out that scholars may have not been aware of the harmful effects of FGM due to the limit of scientific knowledge during the time of their verdict.

What Does The Science Say?

The WHO states that FGM has no health benefits, and only harms girls and women in a variety of ways. All forms of FGM have been associated with health risks which increase with the amount of tissue damaged.

In Malaysia, the procedure has been traditionally carried out by Mak Bidans, each one practising their own version of the procedure using everyday tools such as blade cutters and kitchen ingredients as antiseptic.

Since the fatwa issued by JAKIM in 2009, the practice is increasingly being performed by medical professionals in clinics who decided to conduct the procedure themselves to minimise health risks instead of leaving families to perform it outside of a safe environment.

However, Unicef insists that medicalising the procedure does not reduce the danger it poses to women, as the procedure still removes and damages healthy and normal tissue, as well as interferes with the natural functions of a girl’s body.

The danger of medicalised FGM was highlighted in the high-profile death of a 12-year-old girl in Egypt in January 2020 despite the fact that Egypt banned the practice in 2008.

Why Malaysia Hasn’t Banned The Practice

So far, there have not been any reports of Muslim babies undergoing the procedure facing any health complications. Some adult women who had FGM done as a baby say that the procedure does not have any effect on their sexual life.

While some doctors have decided to perform the procedure, there are many others who refuse and instead insist on informing parents of the harms associated with female circumcision.

Despite this, it seems that banning the practice might not be the best choice. Since it is still highly prevalent in the country, banning it could result in the practice going underground and becoming even riskier.