Even MARA Corp Chairman admitted that the mall was a politically-motivated move and not a business-driven one. 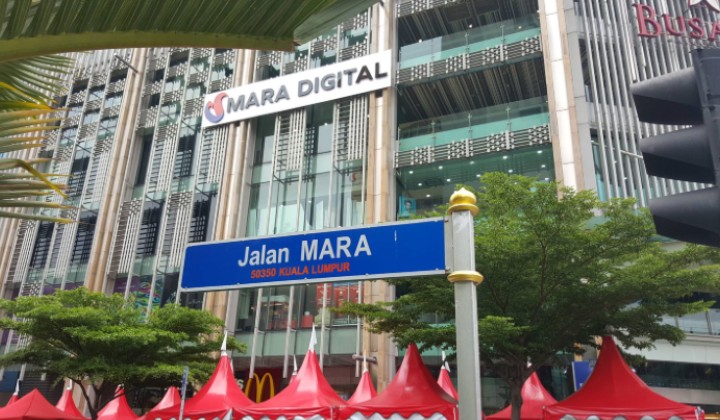 Mara Digital is a shell of its former self and it hasn’t even reached its first decade yet.

There have been varying reasons as to why this single-race electronics mall exists in the first place from the theft incident in Low Yat Plaza to empowering Malay vendors.

It was supposed to be available in each state after the first mall was established in Kuala Lumpur, but as time has passed, it didn’t pan out that way.

But what is MARA Digital and why didn’t it take off?

An incident that became an initiative

It all started at Plaza Low Yat in 2015 involving a Malay man who was caught stealing at a local mobile phone store in the mall.

After the incident, the man returned with a few people to the shopping mall later at night for revenge and caused RM70,000 in damages to the shop.

It dragged on for a few days as many Malay NGOs went in droves to Low Yat as they believed the incident had an element of discrimination and turned it into a racial issue.

There was also the rhetoric circulating at the time that the man was actually cheated by Chinese vendors who sold him a fake phone.

This is when politicians pounced on the issue as then-Rural and Regional Development Minister Datuk Seri Ismail Sabri Yaakob suggested a Malay-only digital mall – a Plaza Low Yat but with Malay vendors.

It started out quite well

To break the monopoly, the government went ahead with the plan for a single-race digital shopping mall, situated within the MARA building at Jalan Tuanku Abdul Rahman in Kuala Lumpur.

To encourage businesses to come over to the mall, the government even foot 6-months of rental costs for vendors.

Initially, the mall received support from buyers and sales profits reached RM18.4 million within the first year, but it waned as the years progressed.

A few years after the opening of the first MARA Digital in Kuala Lumpur, the government tried to open a few more malls in other states but the reception was underwhelming to the point they had to close down.

The Rural Development Ministry has said they were forced to close due to low sales.

The reason behind the discouraging performance was mainly due to the intention of the initiative – a knee-jerk reaction to an issue that blew out of proportion.

Even MARA Corp Chairman, Akhramsyah Muammar Ubaidah Sanusi admitted that the creation of the digital mall was a politically-motivated move and not a business-driven one.

Lack of product variation, non-competitive pricing, and weak publicity are cited as contributors to poor sales turnovers and the decline in visitors.

Even the Kuala Lumpur outlet – the first one that was established years ago also struggled despite being located in the heart of the city.

The weak publicity sentiment is echoed by vendors who feel the public is unaware of the mall and there should be more marketing efforts to help the businesses.

To generate sales, the vendors even resorted to selling kerepek.

Another problem pointed out by business-owners is the single distributor, WGN Scan Sdn Bhd which reduces the profit margin because they can’t offer discounts, unlike retailers who have multiple suppliers and the freedom to do so.

There are also problems with stock shortages but the supplier denied that vendors are struggling with the issue and said there’s no shortage of supplies.

A radical change is needed

After a few years in business, one thing is clear – the initiative is not working.

To encourage more foot traffic to the mall, MARA Corp decided that it could not take Low Yat head-on with plans to convert Mara Digital Mall to become a conventional shopping space instead.

It includes creating spaces for augmented or virtual reality arenas, gaming studios or co-working spaces in the mall.

To boost the number of people coming into the mall, Mara Corp even offered non-bumi enterpreneurs to set up shop there.

There’s even the possibility of Mara Digital relocating.