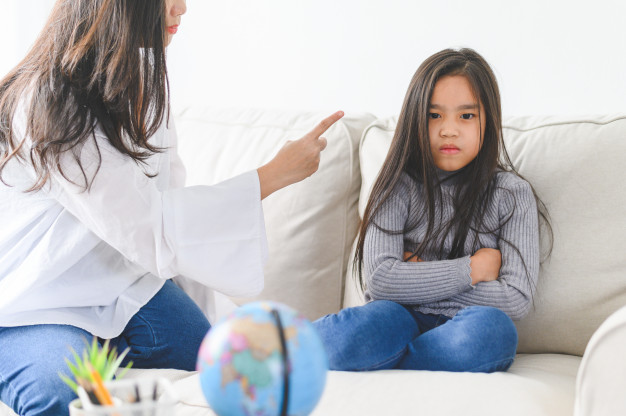 Do you go to your kids with the “If you don’t behave, later the police would come and catch you” threat to make them become obedient?

Turns out, there’s a psychological study which found out that children who are exposed to these sort of “white lies” tend to experience detrimental effects when they become adults.

It pointed out adults who reported that being lied to as children were more likely to lie to their parents in their adulthood. (Gasp)

They also said they faced greater difficulty in meeting psychological and social challenges.

Adjustment difficulties include disruptiveness, conduct problems, experience of guilt and shame, as well as selfish and manipulative character.

The research states that :

“Parenting by lying can seem to save time especially when the real reasons behind why parents want children to do something is complicated to explain. When parents tell children that ‘honesty is the best policy’, but display dishonesty by lying, such behaviour can send conflicting messages to their children. Parents’ dishonesty may eventually erode trust and promote dishonesty in children.”

So next time you’re too lazy to explain to your child, remember, it might turn them into liars when they’re older.

14YO Girl Kidnaps Baby In Penang Because It Was “Too Cute”