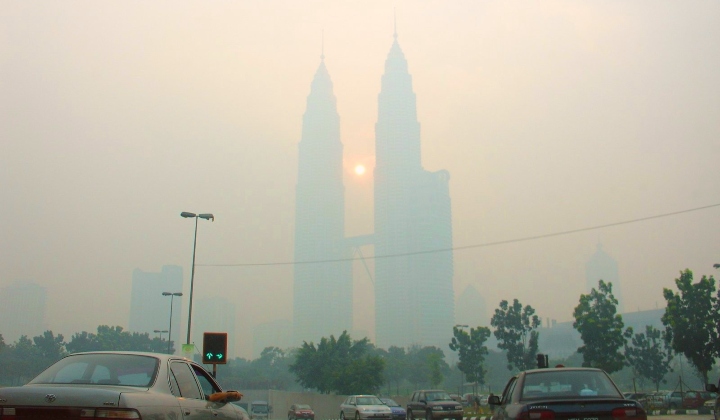 Ever since Malaysia was hit by the haze several weeks ago, all we have to do is take a peek out our windows to know that the smog is bad.

And while we walked around with our N95 masks covering our faces and complained about how bad the haze was, we knew it was bad.

One thing is for sure though, while we knew it was bad, we didnâ€™t think it was THE WORST IN THE WORLD.

According to the World Air Quality Index (WAQI), Malaysia recorded an average API reading of 266 on Wednesday at 6.20pm.

Our neighbours Singapore and Thailand recorded API readings of 102 and 147 respectively.

However, itâ€™s worth noting that API readings have decreased nationwide.

As of 11am today, most states record API readings below â€œvery unhealthyâ€ levels.

Today, all schools in Selangor, Penang, Kuala Lumpur and Putrajaya have been closed for two days due to the haze.

Earlier this week, Kuching was declared the most polluted city in the world while KL was third place on the same list.