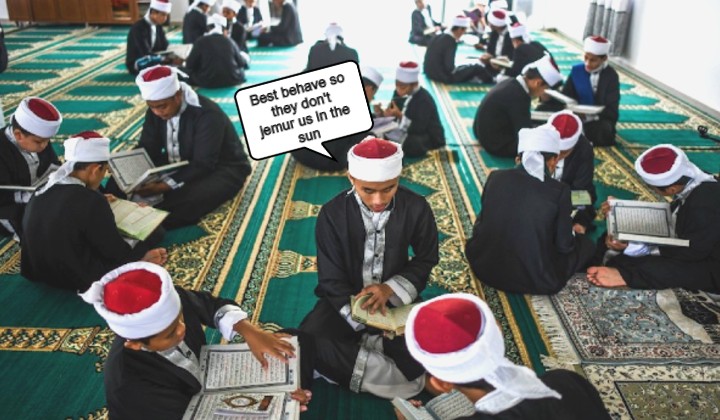 A Tahfiz school in Kuching, Sarawak had gone viral over some crazy punishments it has planned for students who are out of line.

Apparently, a copy of a parental consent form from Pondok Hidayatul Mubtadiâ€™ien, asking parents to agree to its absurd disciplinary measures had been leaked online.

The punishments listed in the consent form include;

Oh My GIF from Antm GIFs

The form also notes that parents were OBLIGATED to send their kids to school even if they refused to continue on their studies.

Reportedly the Sarawak Islamic Religious Department (JAIS) had contacted the school and spoke with its headmaster.

According to the headmaster, the consent form was merely meant as a deterrent to keep students from misbehaving.

The headmaster also stressed that no such punishments had been carried out on any of the students and admitted to his mistake over sending out the letter.

However, several commenters including the individual who first leaked the concerning letter noted that such ridiculous scare tactics would seriously harm a child’s mental state.

I’ve been contacted by the school. They said the punishments outlined are there just to intimidate children from running away. I said other schools have runaway issues too, but they don’t resort to something this ridiculous.

The pressure could seriously cause mental issues.

The whole thing just reeks of abuse and mental torture. I can’t help but to think that this must be quite a common occurrence, so much so that they have to coerce parents to indemnify them in case they resort to such inhumane punishments.

JAIS said that a meeting with each and every Tahfiz school within its jurisdiction would be conducted sometime next week, hopefully, to put an end to such concerning cases.

This screenshot of a pondok school agreement has been circulating recently. The name of the school has been redacted, but a quick search will show that the school in question is Pondok Hidayatul Mubtadi’ien in Kuching.