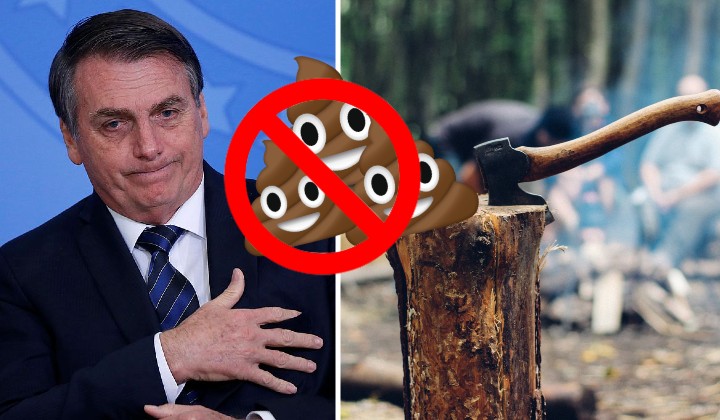 We already know how sick our planet is, with haze polluting us, and the earthâ€™s temperature steadily rising.

So when Brazil’s president, Jair Bolsonaro was told that the rate of deforestation of the Amazon in Brazil this year increased by 278%, for the same period last year, he came out with his own life-altering-full-of-crap (pun intended) statement.

Before he spoke to the press, he had already fired the head of Brazil’s National Space Research Institute, the agency responsible for reporting the increase in deforestation.

By cutting down the Amazon, the world will face accelerated climate change and an increase in carbon storage.

Mr. Bolsonaro, the president of Brazil, who just assumed his position earlier this year has been known to be vocal and has controversial ideas in many issues.

Currently, the Brazillian government is sacrificing the Amazon jungles to make way for new pastures for cattle.

What do you think can be done to tackle deforestation? Or more importantly, the climate crisis that it leads to?

Well, we at TRP have outlined 6 ways to help save mother earth without even moving from your office chairs here.