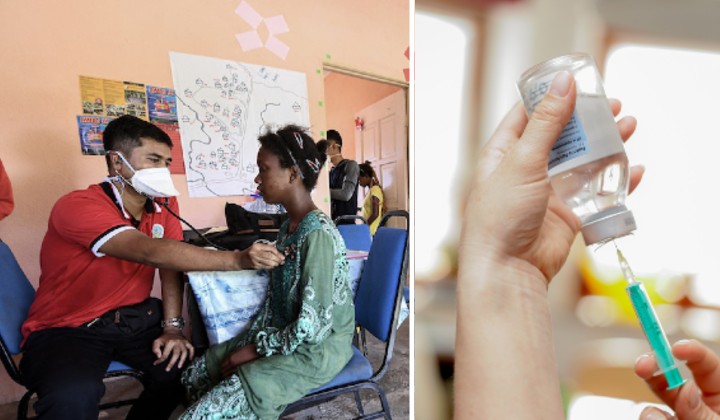 Besides being forced into religion, another issue the Orang Asli community is facing is forced contraception.

In a memorandum submitted by five Orang Asli village representatives on July 9, 2019, one of the issues highlighted was their concern about contraceptives that are given without thorough explanation by the Health Ministry (MOH).

Anjang Aluej, a representative from Kampung Sungai Papan protests against family planning pills that are distributed by hospitals.

A Jaringan Orang Asli Semenanjung (JOAS) activist, Nora then voiced out that the promise for the mobile clinic to help the Orang Asli health has deemed to be more destructive than helpful.

This is because Orang Asliâ€™s are said to be threatened to have their medical cards taken away if they refuse to take contraception.

It is also reported by Centre for Orang Asli Concerns (COAC) executive director Dr. Colin Nicholas that it was typical of the Orang Asli community to be scolded by nurses if they refused â€˜helpâ€™ in the form of contraception.

Among the Orang Asli people, newlyweds were the most targeted with forced contraception, especially those that had given birth to their first child.

According to Colin, this whole issue has been imposed on the Orang Asli community since the 80s, adding that this practice was contradicting to the countryâ€™s aim to achieve a target population of 70 million by 2100.

While MOH might have the best intentions providing family planning choices to the Orang Asli community, contraceptives have to be used ethically and on fully informed patients.

According to the US National Library of Medicine (NCBI), birth control is a basic human right.

Especially when there have been morally challenging cases like the ethnic cleansing carried out in Myanmar or on Bosniaks (Bosnian Muslims) in Bosnia and Herzegovina.

These questions raised will be looked into by Orang Asli Affairs Department (Jakoa) whilst, the spokesperson for Health Minister Dzulkefly Ahmad promises responses by today.