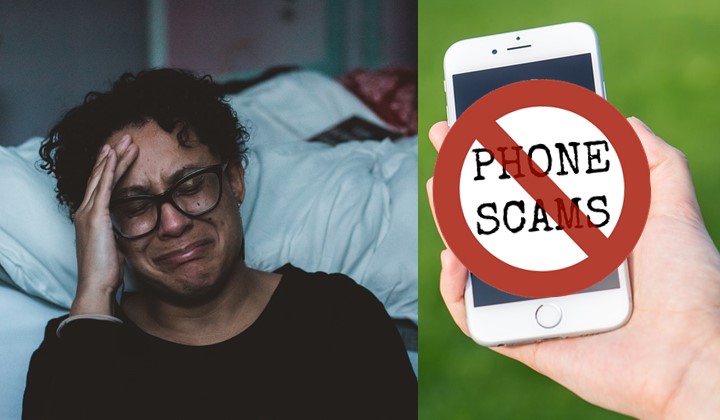 Scams are really getting out of hand. With technology. it’s so easy to impersonate others over the phone.

Malaysian Facebook user Aminah (who preferred not to use her real name when contacted) encountered this recently.

Her mother had received a phone call claiming to be from Pos Laju. The person on the call accused Aminah’s mother of drug trafficking and money laundering.

Aminah’s mother was told that a warrant for her arrest had been issued in Sabah (even though Aminah’s mother resides in Kuala Lumpur) and was instructed not to tell anyone.

Aminah’s mother was asked for her personal details, such as home address, banks which she has an account with, and other private information.

As the scammers kept threatening her, Aminah’s mother fearfully complied, even when they demanded her to check into a hotel so the conversation would not be overheard.

Luckily, Aminah happened to overhear the conversation and intercepted her mother who had been driven to tears. Aminah immediately hung up, but the scammers kept calling back. They even called Aminah’s home phone multiple times!

Aminah and her family has since lodged a police report, but they are still shaken up and worried about the mass amount of information that the scammers have.

These types of scammers are very good at using fear tactics and intense pressure on their victims.

If you receive a suspicious phone call, even if the number is from a “reputed source” like a police station or bank, HANG UP! You can always call the correct phone number again to confirm if the call was legitimate.

NEVER give out any personal information over the phone especially if the caller makes you feel uncomfortable!

Scams can happen to anyone, and never think you are too smart to fall for it. Stay safe and always practice good safety habits!