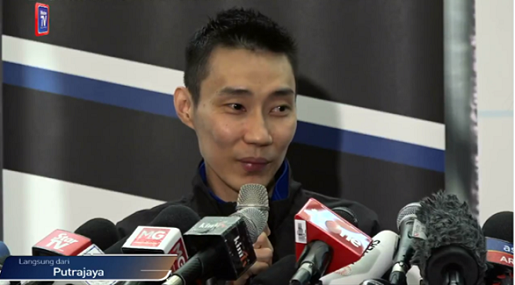 Choking back tears, Datuk Lee Chong Wei told reporters during a press conference held today that he has made the tough decision to end his badminton career.

“It is a tough decision to make but I was left with no option after my recent consultation with doctors in Japan last month.”

It has been 19 years since Chong Wei started this career under great coaches like Datuk Misbun Sidek and Hendrawan.

The three-time Olympic Games silver medallists today explained that he initially wanted to call it quits after the Olympic games next year, but felt this is the best decision.

He had previously taken a one month’s break from Badminton Association Malaysia (BAM) to recover from his training.

But after much discussion with parties including our Youth and Sports Minister Syed Saddiq, Olympic Council of Malaysia (OCM) president Datuk Seri Norza Zakaria, and most important of all; his family, Chong Wei finally came to this decision to retire.

At 37 years old, he has done the nation proud.

Both Syed Saddiq and Norza believe him to be a true Malaysian hero.

Syed Saddiq also choked and his eyes glistened as he repeatedly congratulated Chong Wei on all of his achievements.

“You are a fighterâ€¦.and will always burn in the hearts and minds of all Malaysians.”

Norza even equates Chong Wei as one who canâ€™t be replaced like P. Ramleeâ€™s song Dimana Ku Cari Ganti.

Chong Wei said he has no regrets and looks forward to spending time with his family. As he joked; he still owes his wife a honeymoon after 7 years.

We wish Chong Wei a very good retirement and thank him for his service to the nation.