The fire broke out in the waste management store at the Ministry of Finance (MOF) building in Putrajaya. 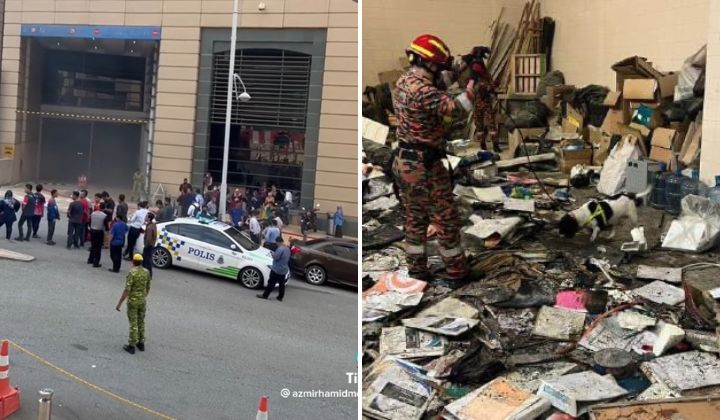 People were alarmed when they saw a viral video showing a fire breaking out at the Ministry of Finance in Putrajaya yesterday afternoon (6 December).

Based on MOF’s statement, a small fire broke out in the waste management store located on the ground floor of the North Block of MOF headquarters around 2.26pm.

Precinct 7 Fire and Rescue Station deputy chief M Surass said they received a call around 2.34pm and three fire engines arrived at the scene at 2.41pm.

The fire had been brought under control by the building’s emergency response team. The firefighters then took over and continued to extinguish the fires completely and the operation ended at 3.39pm.

No one was injured in the incident and MOF is still waiting for the official report from the relevant authorities regarding the cause of the fire.

Prime Minister Datuk Seri Anwar Ibrahim officially began his duties as Finance Minister and clocked in at the MOF building at 7.58am on the same day.